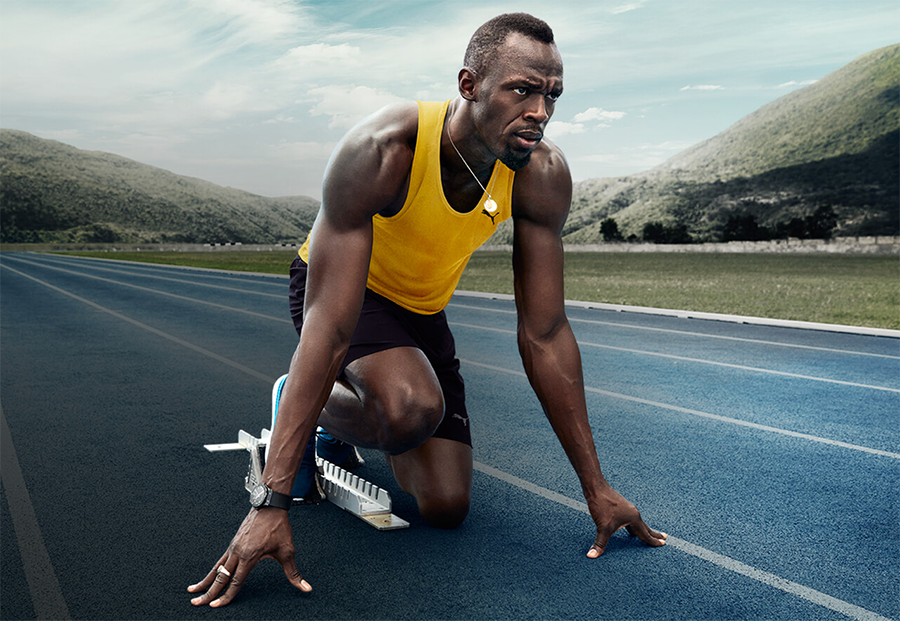 The fastest man in the world has much to offer to this world. Usain Bolt has shocked many with his athletic talent and with his achievements.

This guy is incredibly fast and has a great personality to boot. The thing is that we put these athletes and performers like Usain Bolt on a pedestal for their fantastic abilities.

There are however many reasons why we can admire him for more than that. Here are 10 things you didn’t know about Usain Bolt.

Reverend Nugent found a young Usain Bolt bickering with his friend Ricardo about who was the fastest runner.

The Reverend decided that it would be a good idea to stop the argument by saying that they should put their money where their mouths were and compete against each other for free lunch that he would supply.

Usain Bolt saw this as a welcome challenge and outran his friend with no effort. After that he was discovered.

Usain Bolt has a heart of gold and gives back

The Jamaican athlete shares his success with the less fortunate. This cannot be said about many superstars but Usain St Leo Bolt OJ CD really gives his share.

He paid 10,000 pounds to adopt an abandoned cheetah cub and pays for its upkeep annually.

He is greatly involved in wildlife conservation in Nairobi and takes the time out of his busy schedule to do his part for the environment.

He also arranged with Puma to send sporting equipment to his old school to promote athletics and to motivate young minds to follow in his footsteps.

Usain Bolt broke the world record with a 60 meter start which means he is as fast as a lightning bolt. That is quite impressive!

The fastest man is also fantastic at cricket. Usain Bolt enjoys a good cricket game. He actually smashed the West Indies captain with a six.

Usain St Leo Bolt OJ CD actually has his own app which seems to be great fun and rather popular. A game where you steer the sprinter thought difficult obstacles and get him to the goal effectively. Which athlete has his own game that can give fans such and up, close and personal experience?

This athletic wonder owns a restaurant in Jamaica. It is great to know that he is also passionate in the culinary field.

It is a funky and high tech sports bar that represents Usain Bolt in every way with chic styling and décor. It would be a fantastic visit if you ever find yourself in Jamaica.

Can you believe that this man has successfully achieved everything he has with scoliosis?

Believe it or not, it is true. He has an abnormal curvature in his spine but Usain Bolt has obviously not allowed this to keep him off the track.

Scoliosis can be quite painful and it is not hard to imagine that he sometimes has to endure pain for his glory.

Usain Bolt is currently still a patient of the controversial doctor known as Healing Hans. This doctor uses some strange medical methods and ingredients.

Usain Bolt visits the doc at least 4 times per year religiously.  The doctor has a pair of spiked running shoes in his office given to him by Usain Bolt.

The speed of Usain Bolt

He is not called the fastest man in the world for no reason. It turns out Usain Bolt actually finished a 100 meters in under 9 seconds. That is absolutely insane!

This has added him to the six fastest sprints of all time. I don’t think I could do a 100 meters in 15 seconds let alone 8.7.

The unconventional ways of Usain Bolt

Known for using Chicken Mcnuggets as fuel during the Olympics and finishing a race with an untied shoelace Usain Bolt is not your average winner.

He entertains the crowd with his great nature and worldly ways. The Jamaican is humble and friendly and makes his wins unconventional and well-deserved.