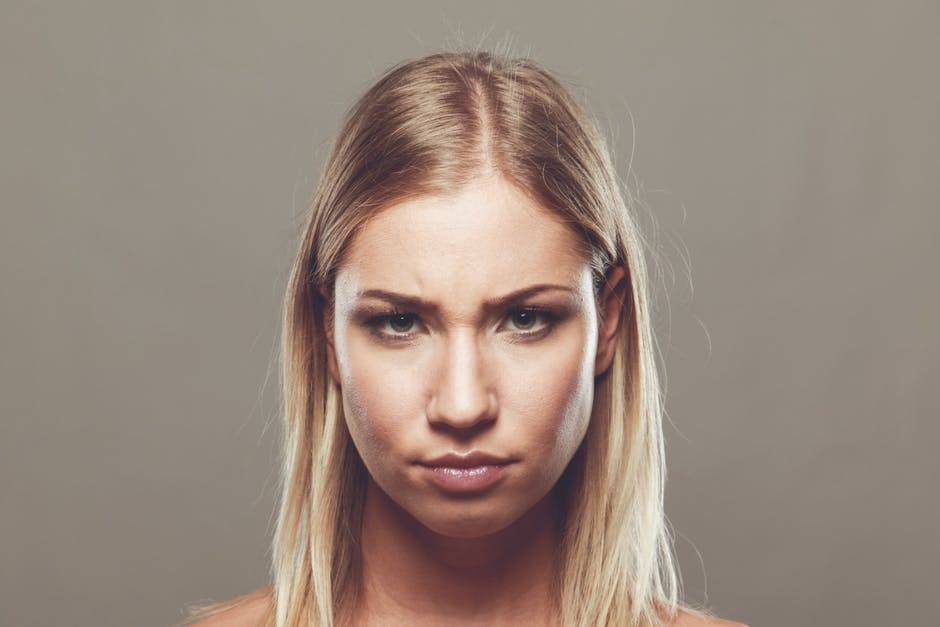 We all get a little down in the dumps sometimes, right? A different side of us may come out. An alter-ego, perhaps? Humans are complex creatures that have many sides.

There is a broad spectrum when it comes to being in a “bad mood.” The experience can range from relishing in gloom, snapping at everyone and everything in sight, utter laziness, or total isolation. It all depends on the person. If you are one of those who check your horoscope as much as you do the weather forecast, then your bad mood can be determined by your zodiac sign. You may even recognize a sign or two.

Aries, the ram. They are known for their dynamic personalities, their temperamental sides, and for their lack of patience… perhaps? If you are an Aries or know an Aries, then you understand this firy sign.

On the other hand, Aries are courageous, spontaneous,  and all around one heck of a good time. But, once something is bothering them, make way for their grand entrance.

When arguing with an Aries, an arrogant, selfish side might come out. They have a tendency to push forward with their stance, lacking sensitivity towards the other person’s feelings. Their impatience overrides. Now, this isn’t to say that they are overall insensitive people. They care, a lot, which is why the fire within them triggers their impulsive behavior. They care so much that they have a strong need to tell it like it is, and that can be quite the experience.

Bulls are forceful animals when provoked. They are stubborn and often feel attacked. The human bull, aka the Taurus, may feel this way when issues arise.

For a Taurus, when having a bad day, they don’t change who they are. Rather, their negative traits strengthen. Laziness is a notorious trait of the Taurus, so when a bad mood occurs you may find that they have transformed into a sloth-like being. Laziness may come to an all-time high. If their mood reflects an argumentative conversation, stubbornness will be their defense mechanism. There is rarely any room for compromise because they have that feeling of being attacked.

This is the fun sign, for they are the twins, duel personalities. Geminis aren’t necessarily known for being boisterous. They are flexible, intelligent, witty, social people, but when triggered, all of those dissipate and they convert into their alter-ego. They become judgmental and cunning when they are fired at. Ever been in an argument with a Gemini? If so, then you have endured one or two of their jabs. They know the true meaning of “hitting below the belt.”

There is another side to a Gemini, the nervous side. And once worry sets it, they are fixated on it. Getting them out of it is much like pushing a boulder out of the way.

The water signs are the emotional saps, the ones that sympathize well with others. Cancers, though, often take the sensitivity level and kick it up a few notches.

“Brooding” is a great word to describe a Cancer when their feelings are hurt. To avoid confrontation, they isolate themselves from the situation. There will be time when they react instead of hibernating, and when they do, they can retort just as quickly as it was delivered. Cancers fluctuate. When feeling positive, they are delightful, but when feeling not-so-positive, they feel deflated.

Leos are generally found to be in a really mood and when in bad mood, they don’t want to left alone! They look for any kind of attention they can get. They have two extremes: either they’d push you away or want you to be closer. There is no middle ground with Leos. The worse thing anyone can do to a Leo who is already in a bad mood is ruin it for them further. You’ll regret it.

Chances are that a Leo is melodramatic, full of wasted energy, cold-hearted and distant but at the same time, when they see that there’s no one around them, they become more stressed.

Virgos are dependable and observant. They are not ones for the ethereal. They live in the here and now. Therefore, they are the ones we go to for some much-needed doses of reality. But this comes with a downside. They may come across as preachers and sometimes we do not want to be preached at.

Their bad moods often result in nit-picking. They will point out the flaws in others, while the ones who are being centered out are left wondering if the preacher is supposed to be the embodiment. That’s not the case at all. All while they are busy pointing out your imperfections, they are the ones who are blundering. They are the imperfect ones. They feel bad about themselves, and this is how they deal with it.

Romantic, charming, arbitrary, diplomatic… we love Libras. But we don’t love their tendency to be superficial. They aren’t the most reliable people in the world either, and they can be horrible decision-makers. They are the scale for a reason: they strive for an equal balance. However, when something happens, they will detach from working towards that goal.

Because they love to learn about people and desire harmony, boredom easily sets in. Bad moods can result in laziness. On the other hand, they may take control over a situation. If they find something is off-balance, they will not be pleased and they will manipulate the situation to try to back the control they once had.

Scorpio and Taurus have something in common: when a bad mood arises, certain parts of their personalities flare.

Like their water sign counterpart, a Scorpio is attractive and easy to open up to. They listen and genuinely want to know what’s going on. Keep in mind that this sign comes with some warning signs like possessiveness, secrecy, and jealousy. Their lack of trusts may result in resentment, and don’t dare to pry any secrets out of them if you plan on keeping them around because they will not hesitate to flee. They don’t cope well with smears, slurs, slanders, etc.

They often go into silent mode, not sharing what they are feeling with anyone. No matter how pissed they are, they won’t express it. They appear to be emotionless but this is because they are secretive.

Sagittarius are ethical people who know right from wrong. They are straight-forward individuals who aren’t afraid to tell the truth. For those hearing the truth, the words can sometimes be too much.

Sagittarius appreciate those who agree with them. In fact, they appreciate it so much that it can result in over-confidence. Any disagreement, big or small, can lead to a debate. Argumentative is a strong personality trait. If you don’t care for debates, then it is advised that you get as far away as possible the moment it happens.

They were born in winter for a reason. Their temperaments like it cold.

Capricorns are cautious, sensible, patient, and understanding. What happens when they are crossed? A piece of advice: be ready to take on a brick wall. They refuse to back down from their stance and they don’t go against something they truly believe in. Pessimism can overcome them, which can result in them holding a grudge.

Shyness also plays a factor. Capricorns may disassociate from social gatherings if the comfort and familiarity of their friends is not present.

The helpful ones who enjoy helping others. They are generous and reliable, but all that will change once a bad mood arrives.

Aquarius and bad moods are like oil and water: they don’t mix. Aquarius will put their guard up and they will separate themselves from a situation. Their bad mood will leave a person wondering what in the world just happened. Aloofness is their go-to when in a bad mood. They wear irrationality better than a runway model wears a designer dress. And it’s not uncommon for them to place this mood upon themselves so that self-destruction occurs.

Last but not least is Pisces. The cute, cuddly, creative, mystical ones with emotions galore. You know what they will do? They will take that bad mood of theirs, stuff into a bottle then cork it up so tight that no hands will be able to pry it open.

True to popular belief, many Pisceans will pity themselves. You may find them sulking in their bedroom or moping around the house. These generally cheerful, fun folk do get upset and when they do, it may surprise the heck out of you. Beware, there is a high chance that you will catch it, too. A Pisces’ bad mood is contagious.

Does this hold true for you? Do you recognize friends or yourself in these?