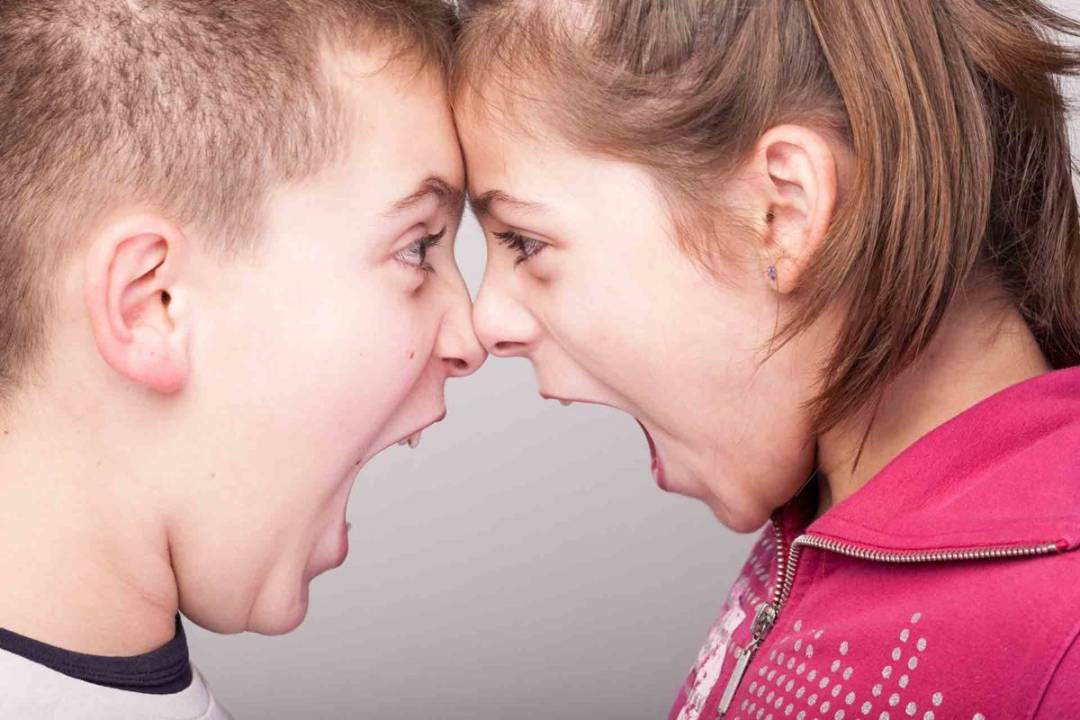 You spent more time with your sibling during childhood, but growing up, things got quite complicated. You began to feel animosity towards them and they towards you. The competition eventually drove a wedge between you and your relationship became almost non-existent. You look back on all the good times you shared and wonder how things got so bad, but try as you might, you can’t seem to find the source of all the rivalry and despite your desire to make things right, you sincerely don’t know how to go about it. If this is you, then you should know that you’re not alone. There are millions out there who are on the same boat as you and you only need to read this article to the end to put a stop to the rivalry between you and your siblings.

What is Sibling Rivalry?

Anyone with a sibling can definitely remember the times when his brother got a bigger slice of pizza or a trip with mum that she never had. These rivalries are oftentimes expected to simmer down as siblings get older, but unfortunately, some develop into adult resentments. Books and movies such as A song of Ice and Fire have shown us the intensities and the dangerous consequences of the rivalry amongst siblings, the most extreme of which can lead to murder.

According to Wikipedia, sibling rivalry is a type of competition or animosity amongst siblings, whether or not they’re blood-related. In 1941, David levy coined the term “Sibling Rivalry”, describing it as the older sibling’s aggressive response to the arrival of a new baby, an occurrence which has always been a common feature of family life.

Several factors are responsible for the rivalry between siblings. Amongst them are parental treatment, stress, change in family dynamics, birth order, differences in personality, and people and experiences outside the family. It gets more intense when children are very close in age and of the same gender and/or where one or both children are intellectually gifted.

According to Psychologist Judith Frances Dunn, one-year-old children are sensitive to differences in parental treatment and by the age of three, children have a sophisticated understanding of social rules. They can evaluate themselves in comparison with their siblings and know how to adapt to situations within the family. In a 2001 study titled “Sibling rivalry in degree and dimensions across the lifespan”, the age group 10 – 15 reported the highest level of rivalry amongst siblings because they are better equipped to physically, intellectually, and emotionally hurt and be intellectually and emotionally hurt by each other.

“Each child in a family competes for the attention of the parents, disagrees over the limited resources in the home, strives for significance and wants to show that he/she is unique from its siblings” says Kyla Boyse from the University of Michigan. They may feel that they are getting unequal amounts of their parents’ attention, responsiveness and discipline.

Differences in personality also lead to conflicts. While an older child may be quieter and more introverted, a younger child may be headstrong. Siblings fight most in families where rules against fighting are not established nor are alternative conflict resolution methods provided. But more dangerous to the relationship amongst siblings are families where fighting is prohibited but alternative conflict resolution methods are not provided. This leads to an accumulation of everyday disputes which eventually leads to long, simmering hostilities.

Today, researchers and psychologists are in agreement regarding the influence of birth order as well as age and gender constellations on sibling relationships. Approximately, research has shown that one-third of adults between the ages of 18 – 65 describe their relationship with their siblings as rivalrous, hostile or strained. However, in some cases, rivalry wanes with time as statistics have shown that 80 percent of siblings over the age of sixty enjoy close ties.

Researchers have found that sibling rivalry is characterized by physical and psychological aggression which can traumatize children, leading to an increased risk of anger, anxiety and depression later in life. According to Dr. Caffro, sibling rivalry can cause a child emotional instability and self-sabotage later in life, leading to severe mental health issues.

Sibling rivalry can also lead to bullying and abuse and in extreme cases, murder. Cleopatra was said to have killed all three of her siblings to remain powerful. Today, the world has recorded a significant number of murder cases that stemmed out of sibling rivalry.

How Parents Can Prevent Sibling Rivalry

“You love her more than me”

“Things were fine without him”

According to Psychologist Steppe G, refusing to compare or typecast your children can reduce the likelihood of sibling rivalry. Holding up one child as a role model for the others is very dangerous and can be perceived as favoritism by the other siblings. Accept that each child is unique and has its own strengths and weaknesses. This way, no child will feel inferior to the other.

2. Give Each Child a Time and Space of their own

While it is important to have fun family activities together and encourage teamwork, giving each child enough time and space of their own is very important in building self-confidence and reducing the opportunity for sibling rivalry. Sometimes, all siblings need is space and time away from each other especially after a conflict. Each child also deserves individual attention so give each of them an equal amount of your time.

3. Give Each Child the Right to their Own Possessions

Considering that a major area of conflict for siblings lies in the family’s limited resources, it is only wise that each child has something special that is completely their own. Although sharing is important, children do not have to share everything as this can ultimately lead to conflicts and eventually, rivalry.

Being proactive about teaching children emotional intelligence goes a long way in preventing sibling rivalry. Highlighting to them some positive ways to ask for your attention when they need it makes it less likely that they will resort to aggressively seeking attention. Encourage them to look out for win-win situations by teaching them problem-solving and negotiation skills. Don’t be too quick to get in the middle of an argument unless a child stands the risk of getting hurt. Interfering won’t teach your children how to handle conflicts and it may also appear as though you’re favoring one child over another. So teaching emotional intelligence helps to reduce animosity and nurture bonding while slowly eliminating sibling rivalry.

Although it is normal for parents to have a favorite from amongst their children, it is very important to be fair and just amongst them. Parents should implement the same disciplinary measures with all their children, making sure that they all abide by the same rules and be quick to praise each child when they follow the rules. You should also take into consideration the needs and preferences of each child when purchasing gifts.

It is a great idea to hold periodical family meetings to make decisions and hash out issues. Every child should be given the chance to air their grievances and make sure that you collectively come up with solutions. Each child should also have a say in decision-making such as where to go for vacation and how to spend the holidays and be wise enough to ensure that no child’s input is discarded.

How to Overcome Adult Sibling Rivalry

No doubt, memories of favouritism never fade and if left unchecked, these feelings can grow into resentment and hate later in adulthood, driving a wedge between siblings who otherwise should have been lifetime companions. So how can you overcome sibling rivalry as adults? Here are a few ways to turn sibling rivalry into sibling revelry:

1. Let Go of the Little Things

Adult sibling rivalry is often rooted in envy, says Suzanne Degges-White, PhD, a licensed counselor and professor at Northern Illinois University. If you’re the object of this envy, try to acknowledge that your sibling is probably feeling insecure or struggling with self-esteem issues and don’t take it personally. If you’re the one with the green eye, try to recognize that your sibling’s accomplishments have nothing to do with yours and they’re probably not seeing you as a rival.

2. Communicate Effectively with your Siblings

In every relationship, lack of communication causes problems. Effective communication can significantly improve your relationship with your siblings. To communicate effectively, you need to stick to the facts and avoid interpreting behavior. You cannot always be sure why a sibling has done what he has done, so telling them what their behavior meant would only lead to more tension. Also, do not wait too long to voice your complaints, otherwise your resentment builds up and the wounds deepen. Let your sibling know whenever you feel awkward talking about something and ask questions that will help you gain more insight. Most of all, avoid sarcasm, as it most often causes more injury.

3. Try to be Friends with your Siblings

It’s never too late to improve your relationship with a sibling you’ve always resented. You need to take responsibility for your part of the rivalry and do your best to understand your siblings and their feelings towards you. You need to swallow your pride and take the first step because if you wait for the other sibling to make the first move, it may never happen. You may also talk about past issues that led to the present resentment and iron them out as quickly as possible. Note that this is not the time to point accusing fingers or place blame. Apologize for hurting their feelings and try to let go of all the hurt.

4. Stay Close as the Years Go By

Be proactive by always keeping in touch. Don’t wait for your siblings to ring your phone or send a text. You need to be there for them even when the times are hard. Hard times bring people closer so cultivate a healthy and long-lasting relationship by staying close to them. Make time to visit them periodically, attend family events and invite them over too. Find a common interest that you share with each sibling and participate in pursuing it together. And while it is important to celebrate one another’s accomplishments, be smart enough not to share things that could be perceived as bragging.

Finally, as you work to overcome rivalries with your siblings, always remember to stay close and be patient and try to break the rivalry cycle by doing well with your kids.

Pros and Cons of Being the Youngest Sibling no One Ever Told You!