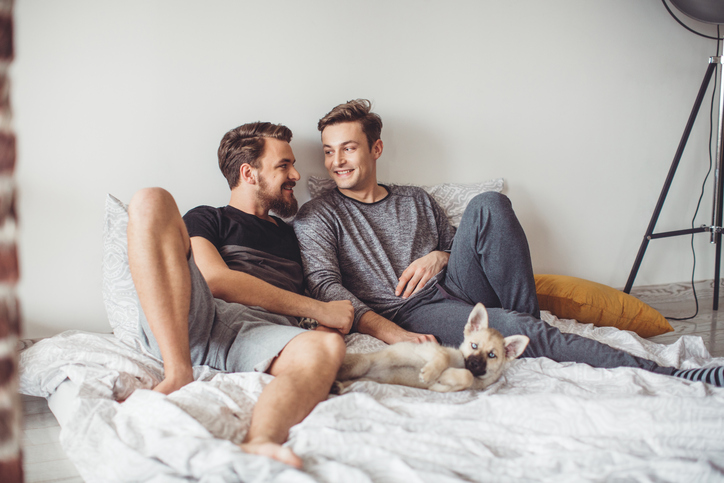 Not surprisingly, there are some things that successful marriages have in common. So, for people who want to have a successful marriage, these are the things they need to focus on. They will work for every person in every relationship and just need to be applied to work.

Ready? Here are the 13 things every successful marriage has:

Notice this article is about what “successful” marriages have, not perfect ones. That’s because there’s no such thing as an ideal relationship. Every relationship will have good times and hard times, and those who are in successful ones know that it’s not always going to be butterflies and rainbows.

2. Have The Right Motives

When two people get together, their best chance of success comes if they’re together for the right motives. Not wanting to be alone is not the right motive for getting married, and neither is following family or religious traditions.

A successful marriage always has two successful people, and that’s not to say they’re both at the top of their career tracks. It is to say that each partner is mature, healthy, and able to say that they are successful on their own, that their success in life is not tied to their marriage.

When a marriage has an unhealthy member, that person will always look to the other for support and validation, and the healthy person then has to work twice as hard to keep the marriage working right. When both individuals are emotionally unhealthy, it just gets worse.

The worst thing someone can do in a marriage is to reach out to someone outside of their marriage when they have a problem with their marriage. The only person that can solve that person’s marriage problem is the person they’re married to, so that should be the one they’re going to with a question.

The more painful a subject is, the more critical it is that it be brought up to a marriage partner rather than anyone else. Part of that honesty means both partners need to be trustworthy and open to hearing harsh truths. Only then can they be worked through successfully.

Even more important than communication is respect. Every successful relationship has two people that respect each other in every imaginable way. If a person loses their respect for their partner, it usually isn’t long before the relationship starts to fall apart.

In successful relationships, each partner respects the other for who they are as a person, what they believe in, what their interests are, and what their dreams and aspirations are. They recognize that they won’t always agree on everything, but they still respect each other.

The measure of success in a relationship does not come from how infrequently or even how gently a couple of fights. The truth is that couples that fight more often (and sometimes even more loudly) are more successful than those who don’t fight.

The key is that they both allow the other person to express themselves and say what they need to say, then they resolve the problem. Sometimes, it’s not entirely settled as a compromise can’t be made, but what’s important is that it’s left in the past when it’s over.

Even more important than fighting is the forgiveness that follows in successful relationships. When a successful couple forgives each other, it means complete remission, which means wiping the slate clean and not allowing the offense to affect their relationship.

Something that successful marriages don’t do is keep bringing up old fights and hurts because they have genuinely forgiven the other person and no longer allow those things to come up. Forgiveness is the only way for couples to keep moving forward without allowing past hurts to hurt their future.

Although it seems strange for a loving, thriving relationship to have rules, these are incredibly important for making sure that both partners are on the same page and will prevent a lot of conflicts, frustration, and problems.

9. Have Space Between Partners

Without some space between two people, it can be complicated to be able to enjoy each other since they don’t spend any time apart. It can often lead to co-dependency as each partner begins to need to get everything from their partner alone.

Having some space for each person to pursue their own interests and have their own friends allows each partner to get social interaction and personal fulfillment elsewhere that they can then bring into their marriage. It also gives them something to talk about.

Change is inevitable, and successful marriages continued to love, accept, and support their partner through every type of change that life may bring. It could be as something small as a haircut, or something as major as a change in religion.

As people go through life, they’re going to change, and in successful marriages, both partners accept the change that happens and are willing to fall in love with the person their partner is becoming because they recognize that marriage is a lifelong commitment.

Little things in marriages always add up to big things. This can be positive or negative, depending entirely on what little things are happening in the relationship. Successful couples pay attention to the little things because they know what can happen if they don’t.

Snarky comments and little insults will add up to resentment and big hurts. Washing dishes and kissing before leaving the house will add up to mutual contentment satisfaction. When it’s little negative things, the sooner they’re dealt with, the better.

Of course, the frequency of sex varies significantly from marriage to marriage, and there’s nothing wrong with that. However, it’s something that many couples miss the importance of in their relationship. But, when there is an emotional disconnect or a hurt, lack of sex is often the first sign.

Some couples have even used sex as a way to repair their relationship when things are feeling a bit dry. They merely commit to having sex every day for a week no matter what, and immediately feel closer to each other by the end.

A surfer rides the waves of the ocean as they go up and down, and can be stronger or weaker. In a successful marriage, both partners surf the emotional waves that naturally come. They recognize that sometimes will be better than others, but they stick with their partner no matter what.

Sometimes, these waves come in the form of feeling a lack of love towards a partner, something that can last for a few days or even a few years. But in a successful marriage, that partner sticks with it, rides it out, and rediscovers their love that they would have missed had they bailed.

The Secret To A Happy Marriage Is An Emotionally Intelligent Husband, Study Reveals