After years of working at a desk job, having a family and living what is supposed to be a fulfilling life, you sometimes still feel empty inside like you didn’t accomplish anything at all. Happens to everyone.

When you were a kid you had dreams to become an astronaut, an actor or maybe even a model but after college, you got a job, met your partner, had a family and many of your dreams never became a reality.

You go to work everyday feeling unfulfilled and instantly you get a flashback.

You were once so excited about growing up and becoming an astronaut. The memory puts a smile on your face but then the phone rings and you remember you’re at the office again. When you go home to your family after work, you feel like it’s too late to try for those dreams now.

You think, “I can’t become an astronaut. I have a family to take care of”.

Well, on March 2015, Deshun Wang proved your assumption wrong. Wang and his wife, Zhao Aijuan, have two children and welcomed a grandchild two years ago. This 80-year old grandpa became an Internet star after he walked the runway at China Fashion Week. And there it was! With one walk on the ramp, he inspired millions of people to go out and follow their dreams.

“People can change their life as many times as they wish…having a goal is important”. – Wang 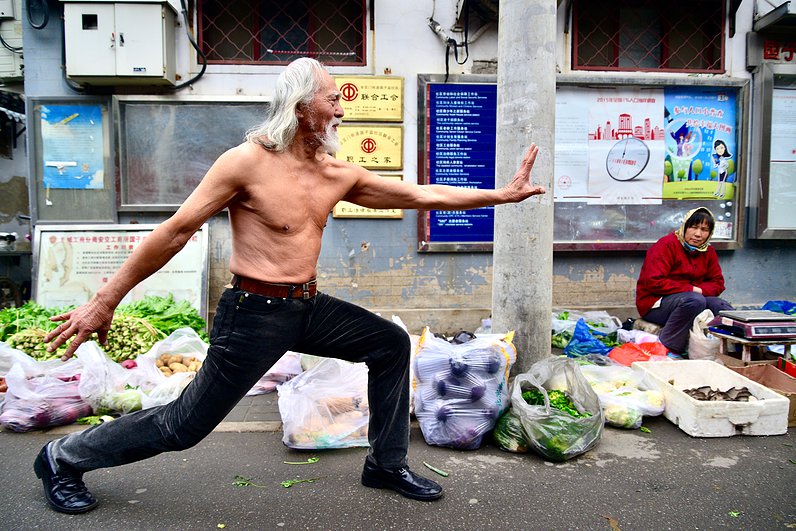 Deshun Wang has done everything from conducting a street car to acting to modeling. He has done it all because he’s had goals every step of the way. These goals gave him a purpose in life and a reason to get up every morning. To illustrate this idea, Wang told the New York Times the story about a vegetable vendor, “When he wakes up, he has a goal, he works hard. And when he finishes, he feels fulfilled”.

Wang has done a lot with his life and all this 80-year old model did was follow his dreams. At 24, he started his acting career with a small art troupe. In the 1980s, he went into the film and radio industry. In 2000s, Wang appeared in multiple movies such as The Forbidden Kingdom and Warriors of Heaven and Earth.

He learned to speak English at 44.  In 1982, Wang organized a fashion show for a Chinese department store because he wanted to bring style to China’s boring fashion culture. According to Wang, China’s fashion at the time was boring and bland. He wanted to infuse an individual style that could break the mold of traditional culture.

Also Read – What Richard Branson Wrote To His 25 Year Old Self Is A Lesson We Should All Give Our Children Today!

Wang never stopped learning. At 49, he learned pantomime. A year later, he started working out at the gym. When he was 57 he created an art piece, which he named “living sculpture performance”.  In the performance, he danced with replicas of Auguste Rodin’s and Camille Claudel’s sculptures. His dances left the copies with smears of metallic paint where his body had touched the sculpture. Wang has always been known for his eclectic style and he certainly hasn’t lost his touch through the years.

At 65, Wang decided to learn how to ride a horse. A decade later Wang learned how to ride a motorcycle. Then, a few months before his 80th birthday, Wang walked his first runway and he didn’t just walk it. He rocked it with his long white hair and bare chest. 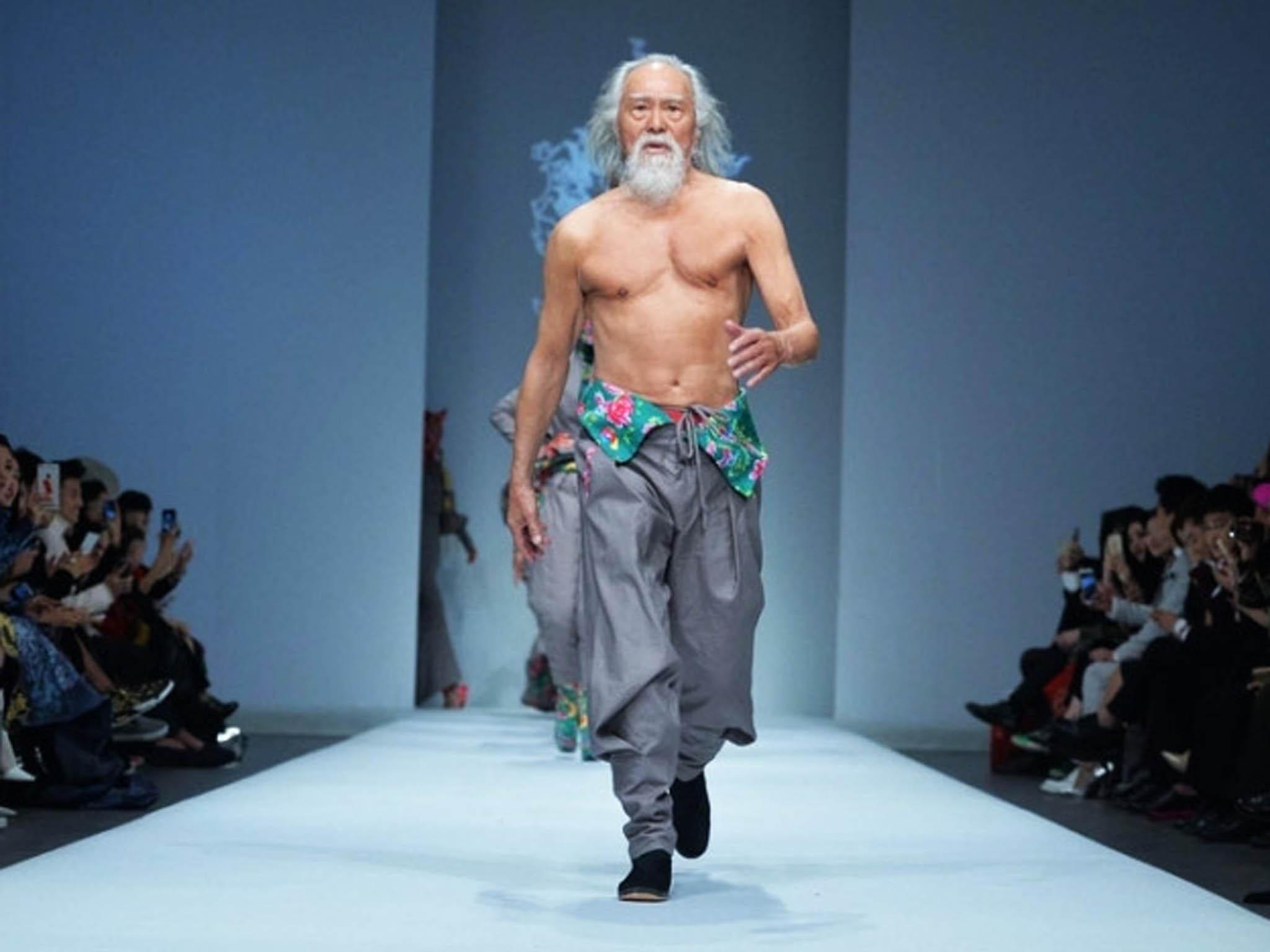 The reason behind Wang’s popularity is his story. He inspires people to follow their heart and go after their dreams.  Determination and courage separates Deshun Wang from many people his age. At 80, many people are retired and just trying to get through the day.

Essentially, they have given up on life and feel like there is no excitement left to experience. Wang is here to tell everybody that age doesn’t matter. There is always something out there. According to Wang, “There is no too late. No one can stop you from succeeding, you just need to set your mind to it”.

Wang’s dedication and focus has guided him well in a variety of jobs and it just goes to show that you can do anything if you’re willing to put in the time and effort.

In an interview after the runway show, Wang revealed the key to following your dreams. The answer is goals. Your dream to be a business owner or actor or model is a goal.  At the beginning, this dream can feel likes its miles away.  But if you list out the steps it would take to achieve your dreams, then you’ll have a checklist to work through.  This checklist will make your dreams easier to focus on. As you check off each step, you’re getting closer to reaching your dreams. 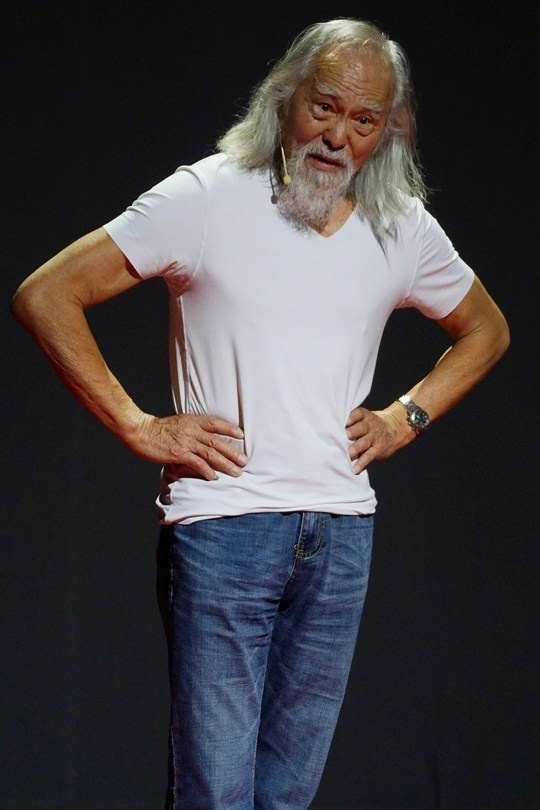 Another tip Wang stresses is how important it is to keep moving forward. After finding out he’s an Internet sensation,Wang famously said, “To prepare for this day, I’ve been getting ready for 60 years”. Every day Wang went to the gym and completed his workout, he got that much closer to walking the runway.

According to Wang, you’re never too old to learn new things or experience new things.  In an interview with TIME magazine, he said, “One way to tell if you’re old or not is to ask yourself, ‘Do you dare try something you’ve never done before?’” He continued to explain, “Nature determines age, but you determine your state of mind”. 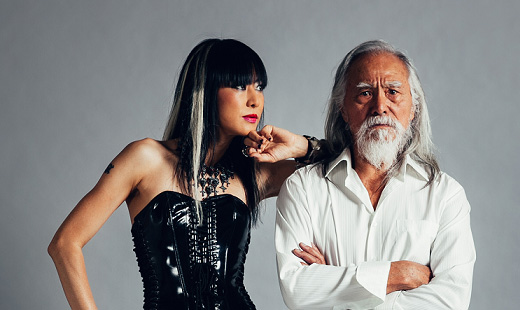 Age is only a number, you only feel old if you think you’re old. Wang shows no signs of slowing down. He works out three hours a day and even plans on trying out parachuting in the near future.

From The Man Himself