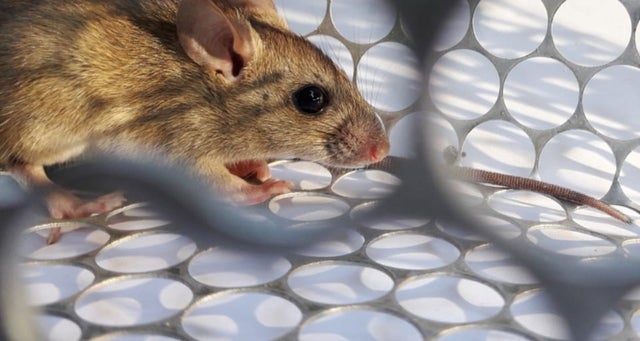 2020 seems to have arrived with the purpose of causing panic and disarray, startling the world with unanticipated events.

We’re not even halfway through the year and already, so much has happened: threats of another potential world war, the devastating Australian fires and the spread of a deadly disease: COVID-19.

After the mass hysteria caused by COVID-19, the last thing the world would like to hear of, would be another disease that could potentially prove to be as lethal as COVID-19.

The only thing that people are hoping and desperately praying for, is for the coronavirus epidemic to come to an end. Sadly though, a few days ago, a ‘new’ virus called the Hantavirus was reported to have emerged, causing a great deal of distress among the already hysterical masses.

The excessive social media coverage has contributed to spreading the word of a possible breakout of the new disease, generating intense paranoia and terror, globally which is the last thing we can afford to promote in these difficult times.

The hantavirus fright was triggered when someone in China, traveling from the Yunnan province to the Shandong province, aboard a chartered bus, suddenly died on Monday.

The Global Times confirmed the news in a tweet, stating that the deceased man tested positive for hantavirus.

Amid the coronavirus crisis, the confirmation of the news wreaked havoc and the circulation of unverified information regarding the virus — most notable being the misconception that the hantavirus is a new virus and is equally, if not, more contagious than COVID-19 —increased worry.

In this time of global crisis, it is particularly important to educate people to disregard false information and look for legitimate sources of news to avoid misleading people.

Below is an overview of the origin of hantavirus, it’s contagiousness and symptoms, to better understand just how much of a threat it poses to humanity.

Hantavirus is a deadly virus that causes Hantavirus Pulmonary Syndrome (HPS), a severe disease of the respiratory system with a mortality rate of 36%.

Symptoms resemble the flu and coronavirus which include: fever, headache, chills, dizziness, nausea and cough.

As opposed to the popular false belief that the hantavirus is a newly discovered virus, it has actually been around for decades.

As a matter of fact, the first confirmed case of someone being infected by hantavirus was recorded in 1959 in a man from Utah.

It was much later, in 1981, when another outbreak of the pulmonary disease was recorded in the US in 1993. A series of tests conducted on the pathogen related it to the virus discovered earlier in 1959.

The hantavirus is contracted from rodents such as mice and rats. It is shed through droppings, saliva and urine of rodents and is transmitted to humans when they breathe the air contaminated with the virus.

Other possible but rare methods of transmission are: getting bit by infected rodents, eating food contaminated by rodent saliva or urine, or touching ones’ face after touching rodent waste.

According to the CDC, human to human contacts has not been recorded to transmit hantavirus from an infected person to a healthy person.

Therefore, the possibility of hantavirus emerging as the new COVID-19 is next to none because to become a pandemic, it would have to be highly contagious.

What To Worry About?

Hantavirus has caused a great deal of anxiety among the common people. People are worried about its possible outbreak while still fighting the coronavirus.

Many reliable sources have been quick to counter false claims regarding the disease in order to diffuse the terror caused by such claims.

Taking into account, the reports and information provided to us by legitimate sources, it is safe to say that hantavirus is not something to fear as far as it’s a possibility of becoming a pandemic is concerned — unless you plan on eating rodents or live in places where rodents are found abundantly.

However, here are some things you should worry about:

False information will only cause unrest and confusion, making it harder for people to deal with the bigger, much dangerous threat: coronavirus, making the already unsettled situation of the world, even more precarious.

2. Believing everything on the internet:

While surfing the internet is fun and all, one should refrain from believing everything they come across on the internet as a lot of information out there might actually not true.

The future is uncertain, but the present is not and coronavirus is the current dilemma, the disease that we need to prepare for. Instead of falling into the pit of rumors and worrying about future epidemics, let’s focus on how we can survive the present.

For reliable information regarding healthcare and diseases, look for credible sources like WHO and CDC.

5 Things China Did To Control Coronavirus in Their Country