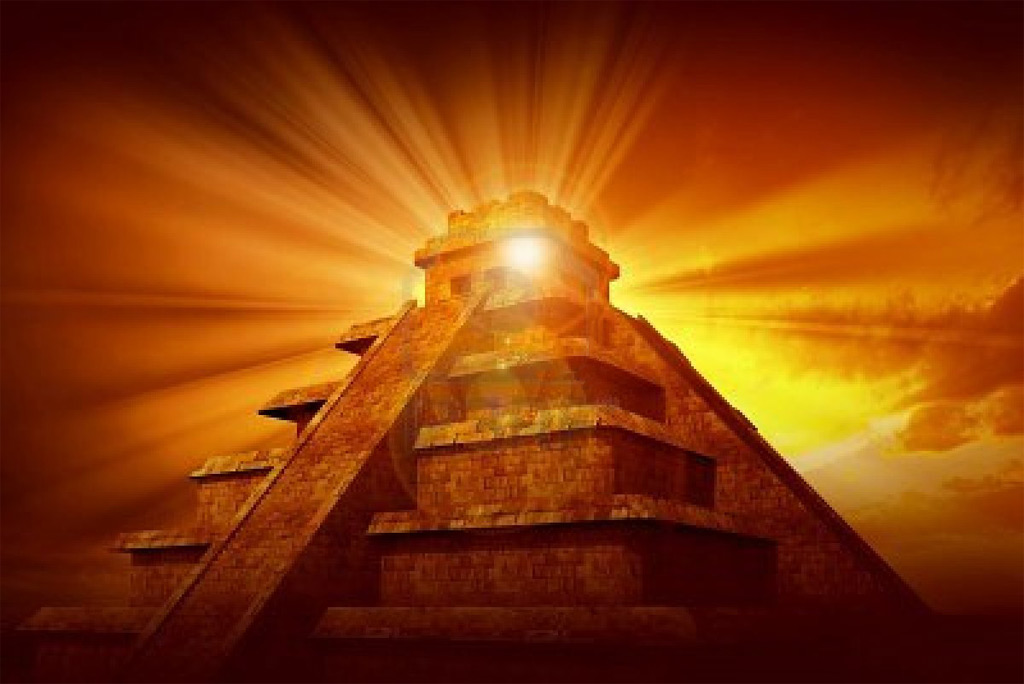 Archeologists in Mexico will soon excavate a secret tunnel that was sealed off centuries ago. It is believed to lead beneath an ancient pyramid called El Castillo or “the castle” that was built by the Maya more than 1000 years ago at the ruins of Chichén Itzá. So far, the archeologists aren’t sure why the Mayans abandoned Chichén Itzá.

By clearing it, they hope to reach an underwater cavern called a “cenote” that was important to Mayan spirituality. The Mayan civilization could not have survived here without Cenotes which are water-filled sinkholes and the only source of fresh drinking water in Mexico’s Yucatan State.

“The site’s Maya inhabitants considered caves, tunnels, and natural sinkholes called cenotes to be thresholds to the realm of the gods,” said Guillermo de Anda, an underwater archaeologist with Mexico’s National Institute of Anthropology and History and director of the Great Maya Aquifer Project. “They believed that everything from fertility to rain and lightning originated in this subterranean world. The clues they left behind make it clear that they went to great lengths to appease and appeal to the dwellers of this spirit world.”

After examining hundreds of human bones that were found within the Sacred Cenote (a.k.a. Well of Sacrifice) that is located at Chichén Itzá, De Anda discovered evidence of fractures and unhealed wounds that occurred at or near their time of death. This means that the Maya practiced human sacrifice and threw bodies into the depths.

“The underworld was very important — it was considered the origin of life, and if the Mayans didn’t keep a good balance between this layer of the universe and their own it could mean drought, famine or sickness. So, they knew they had to keep the peace with their deities of the underworld, and this is why sometimes they made offerings.”

When he analyzed the bones of the human sacrifices that were found in Chichén Itzá ‘s Sacred Cenote, he discovered that 80 percent of the sacrificed were children between 3 -11 years old.

“Sometimes it’s hard to understand why they sacrificed children but we have to stop and think about the health status of those children,” de Anda says. “They were a very low stratum of society, maybe children stolen from other communities for sacrifice.”

The children’s skulls, bones, and teeth showed signs of anemia and malnutrition, which meant they were already in poor health before they were sacrificed.

“There’s a possibility they were already dead when they were deposited in the cenote, and maybe they honored them by putting them there, or maybe they were trying to send their spirit to send a message to the water gods. To get to the truth, we still need to do a lot of research.”

El Castillo, which is one of the New 7 Wonders of the World is a temple of a feathered serpent god named Kukulcan that towers above Chichén Itzá. The structure is 79 feet high, with an additional 20 feet at the top that is the temple. It has a series of square terraces with stairways up each of the four sides. On each of the sides, which face cardinal compass directions, there are a total of 91 steps. When added together and including the temple platform at the top as a final ‘step’ equals to a sum of 365 levels (the number of days in a year).

According to Wikipedia: “during the spring and autumn equinoxes, the late afternoon sun strikes off the northwest corner of the pyramid and casts a series of triangular shadows against the northwest balustrade, creating the illusion of a feathered serpent ‘crawling’ down the pyramid.”

There are four visible cenotes at Chichén Itzá, but Mexican scientist Rene Chavez Segura determined that there was a cenote hidden beneath El Castillo that had never been found by archaeologists.  Last month, de Anda’s team discovered the world’s largest flooded cave and is now on the verge of reaching the hidden cenote.

In November of 2017, the team explored two underground passageways that lead from a smaller pyramid known as the Ossuary at Chichén Itzá. Initially, they hoped that the halls would lead underneath El Castillo, but they discovered that the Maya had sealed them off intentionally with piles of stone.

“The Maya blocked things a lot,” said de Anda. “In a cave that’s important, they seal it forever.”

The Underwater Exploration Group of the Great Maya Aquifer Project (GAM) is gearing up to return to the tunnels. They plan to clear the sealed tubes enough to find an entrance to the cenote located beneath El Castilla within three months. There are cenotes situated to the north, east, south, and west of El Castillo, which indicates that the pattern is directly related to natural sacred geography.

De Anda believes the cenote that is located beneath El Castillo might represent a 5th direction called the “axis mundi” or center of the world. The ancient Maya depicted this as a huge tree, that was known as The Tree of Life; which is not only part of Mayan spirituality but also recognized in many other ancient beliefs across the world.

I can’t wait to find out what the team discovers after they clear the sealed entrance. I’m sure many of you are intrigued by this information like I am, we would love to hear what you think about this research in the comment section.