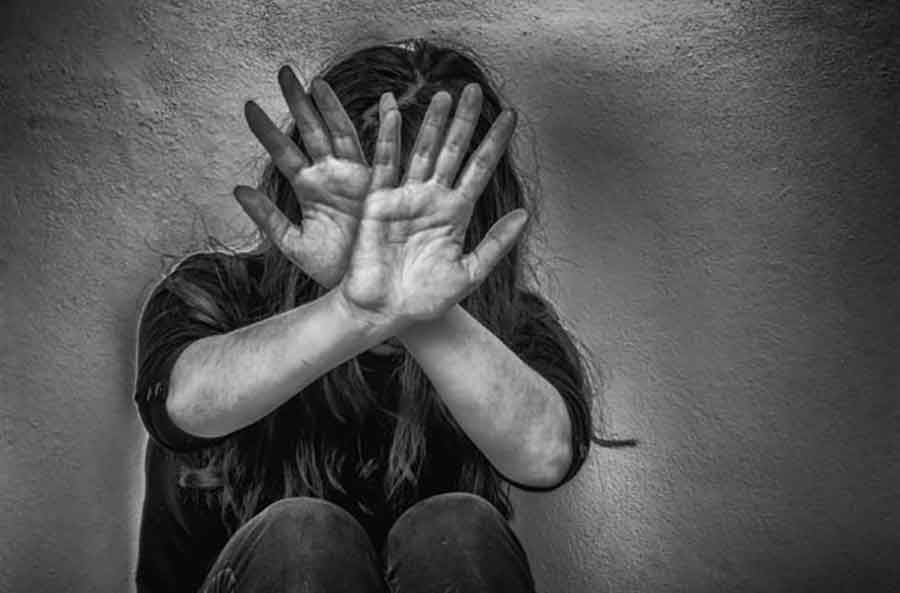 At some point in their lives, everyone feels mistreated by someone. It can simply be when being neglected or intimidated, or even threatened by someone you trusted and cared about. Apart from that, it includes being discouraged or criticized negatively.

Maybe someone was indifferent and turned you down when you asked them for help in a difficult situation you were stuck in. You must have experienced one such situation of violence in relationship if not all. Having experienced any of these issues is not a minor thing. In fact, it reflects a deeper problem.

Not every kind of violence in relationship is visible, and therefore some of you may try to justify the way you have been treated. But just because something doesn’t leave a scar or blood, doesn’t mean its non-existent. Negativity does cause intangible violence on a person’s mental health. Such violence is called Cold Violence or invisible violence.

The Cold Cycle of Violence in Relationship

Someone who is an abuser won’t risk becoming abusive until they are confident that the other person would never leave. Unfortunately, that is why cold violence is so common in families, marriages, or romantic relationships. The feeling of being dependent on someone (typically the abuser) can make the abuser more confident and therefore more narcissistic and cruel.

Next, the abuser will test the victim’s limit. They will try to shame the poor target by neglecting, criticizing or intimidating them constantly, or by telling them about how they’re lucky to have him/her. This forces the victim to depend more on the abuser, intensifying the belief that they have no one else except the abuser to rely on.

How I Gained The Courage and Escaped My Abusive Relationship

Every time the target accepts the abuser breaking his/her boundaries, the abuser breaks it down further. The abuser keeps them hooked so they won’t leave so easily. It’s basically a cycle of building up tension, attacking, then coming up with an apology led by a honeymoon period of loving gestures. This honeymoon period is simply a short break for the victim to forget about their bad, focus on the good, and for the abuser to prepare their next attack on the target.

The abuser’s phony kindness drives the target to stay in the relationship. Once the abused person accepts the abuser’s fake love, he starts to rationalize what his loved ones do, this begins the cycle over again while the abuser pushing further into their boundaries. Due to this, violence in relationship doesn’t start until the abuser is confident of their control of the victim’s emotions. The sense of dependency leads the abused individual oblivious to what is happening and stay in the relationship, which only encourages the other person to continue their narcissistic behaviors and become even more controlling.

After spending time with an abuser, ant targeted person is likely to have lower confidence and self-esteem. They feel that they find no one except he abuser to care about them. The fear of being lonely and abandoned makes them hold on to the relationship.

Although targets feel that the relationship will eventually improve, it only continues to be painful and chaotic. It’s always an imbalanced relationship. The victim accepts all the negative behaviors from the abuser, while the abuser ensures the victim is on their best behaviors. While the target will feel hurt, their pain will be invisible.

Psychological pain is worse than physical wounds because when you see someone who is physically wounded, you ask them about it and suggest ways to heal it. However when the wound is invisible, no one will ever know how painful it is, and it may keep bleeding without getting a fix.

Such wounds if lasting for long might damage a person’s life. The target loses all their confidence and trust over relationships.

How to break this cycle

If someone has fallen victim to cold violence or is confused about it, read these indications that you are related to an abuser.

1. They insist on having their way without compromise

2. They have frequent outbursts of anger

3. They criticize you or people close to you

4. They are over possessive

5. They threaten you in different ways

To end the cycle of violence in relationship, follow the steps below.

Abusers want attention. If you stop engaging or responding to their behavior, they will fail to control you.

Even if they send you hundreds of texts or phone calls, you don’t have to respond, this is not rude it’s self-care to protect yourself from being hurt again.

Cease communication with the abuser

Getting rid of such people doesn’t make you weak to face them, instead, it means you’re brave enough to stand for yourself. It’s not easy to end a failing and unfulfilling relationship, many choose despite the sorrow. But it’s necessary to leave an unhappy relationship for a healthier mind and peaceful life.

You need someone to help you against an abuser. Be open to sharing your feelings with maybe a friend, family member or anyone close to you. Find someone who understands your perspective and will help you organize your thoughts and rebuild your boundaries so you know how to deal with the problem.

Tolerate No Violence in Relationship

No one should waste time or energy on someone who lifts themselves up by breaking you down. Even though it can be hard to recognize cold violence in relationship, but it’s better late than never.

No matter what you have been told, made to believe about yourself and the people you once loved, violence in relationship should NOT be tolerated.

An Open Letter to Every Person In An Abusive Relationship; You’re Not The Only One!