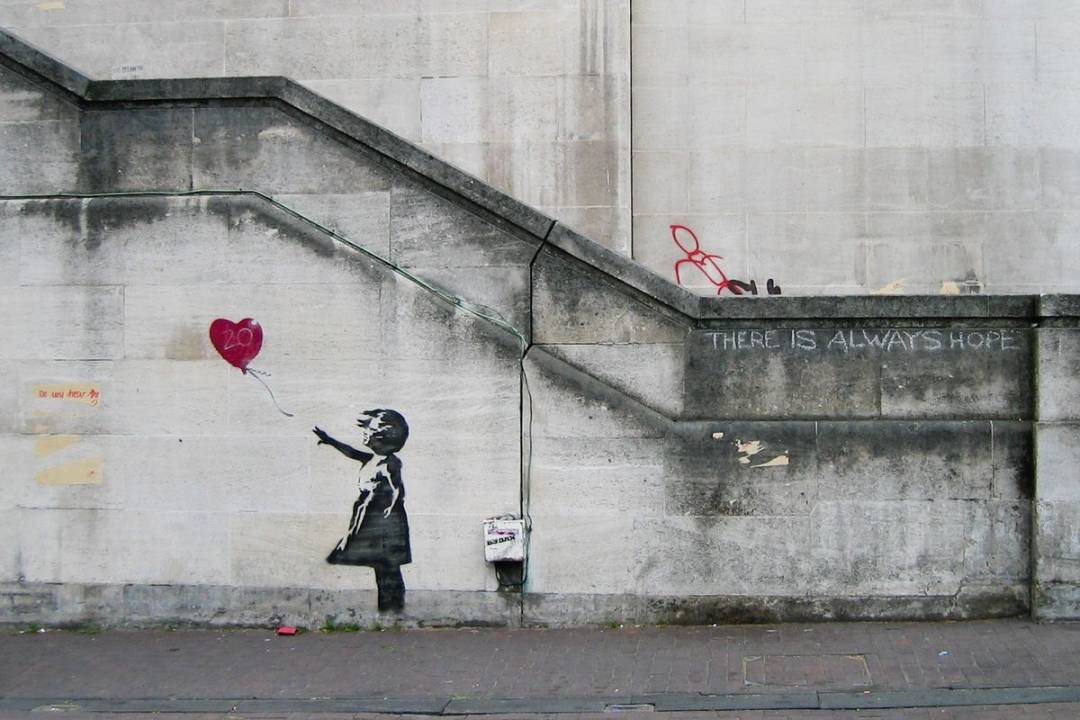 Skeletons in the closet. A term we all hear every now and then. Why is it so common and why do we feel a tug at our heart when we hear it? And more importantly what does it mean when someone says they have skeletons in their closet?

Well it is a metaphorical expression of keeping a secret. Something really shameful, an act or family history or anything personal, which could be ruinous or humiliating to reveal.

But, I guess that’s the thing about secrets. They have the power to change our reality if revealed, be it in a small or big way. Either make us feel liberated and relieved, scared and humiliated or completely destroy us.

Origin of the phrase

It’s interesting though, how the phrase itself was coined.

It can be traced back to 18th century actually, where the context was more medical. Before 1832, the doctors weren’t allowed to use human dead bodies for medical research. 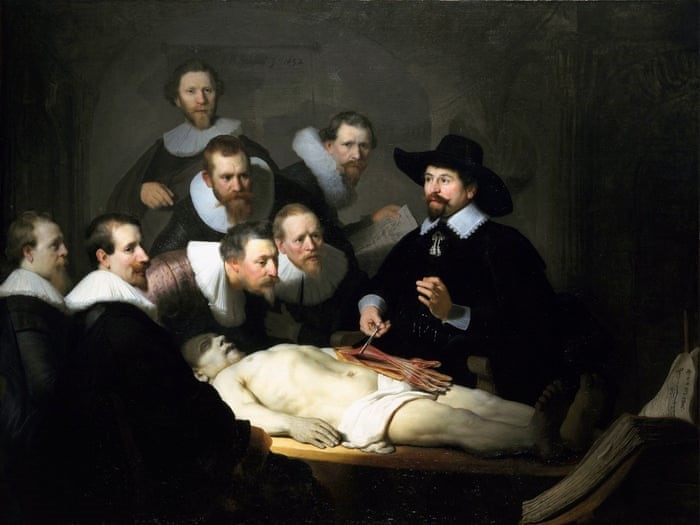 The only bodies they could use for autopsies or dissection were of criminals who had been executed. Hence, if the doctors wanted to use bodies other than those of criminals, they had to do it in secret. And quite literally so, used the closet for keeping the skeletons and that’s believed to be one way how the phrase caught on.

The phrase has also been used by many British writers of the same period. The phrase personified a hidden shameful family secret, which if revealed would have ruined the family reputation and respect. Where sometimes this secret was a disease (Stowell), other times an evidence for murder (Thackeray).

The usage of closet, out of all other places to hide a skeleton, is also intriguing. Perhaps, it shows that closet is the closest hiding place for us, and we always have a tendency to keep our secrets close. Or signifies the ever-near and ever-present risk of the secret being revealed.

Everyone often has something to hide. From lying to your mom about grades to running away after causing an accident, the skeletons we keep have a way to twist our insides. And it’s not always our mistake that we hide, but sometimes they are just truths which no one is ready to accept. 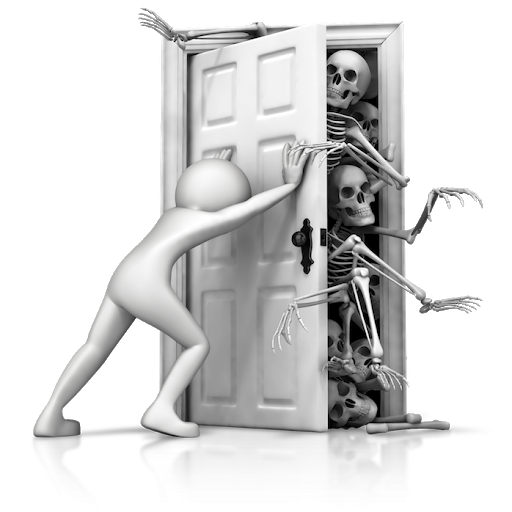 And how many are we hiding really? Some might have that one dreadful secret, revelation of which might ruin their life as in land you in jail, or destroy the relationships with people around you completely.

Like murdering someone, faking your grades to get admission, stealing and perhaps non-criminal ones like cheating on your partner, becoming pregnant without marriage in a very strict household and more.

Some might be hiding many skeletons. Perhaps, they never felt comfortable enough with anyone to reveal them. Or, they just didn’t know how.

But, the weight is too heavy at times isn’t it? Sometimes it’s easier to laugh it off, while sometimes they consume us all. We can’t forget them though. And there comes a time when we do have to deal with them.

How do you deal with skeletons in the closet?

As we go through our life, we do acquire secrets of sorts. And sometimes our secrets become difficult to handle. They might latch themselves negatively to our every action, and haunt us time and time again.

This is why it’s important to deal with these skeletons. Below are a few ways to make things easier for you:

1- Allow yourself to feel and express

Our secrets have a range of emotions attached to them. And because these emotions will consume us, we try our best to forget. So, we are left in a place where we neither feel properly nor forget properly. Believe me, it’s an entirely unsatisfying place to be.

But, it is good to feel. And express. Because once you feel and then get it out through some medium, it takes a bit of the weight off your chest. Do you feel Guilt? Anger? Fear? Hate? Disgust? Tell it to someone trustable.

If you don’t have anyone, write it. Just write it all down. Or paint it. Or dance. Or punch a bag. Do anything that will allow you to express your emotions. Even if this doesn’t take away the secret itself, the expression might relieve some of the weight. Read how to improve emotional intelligence? 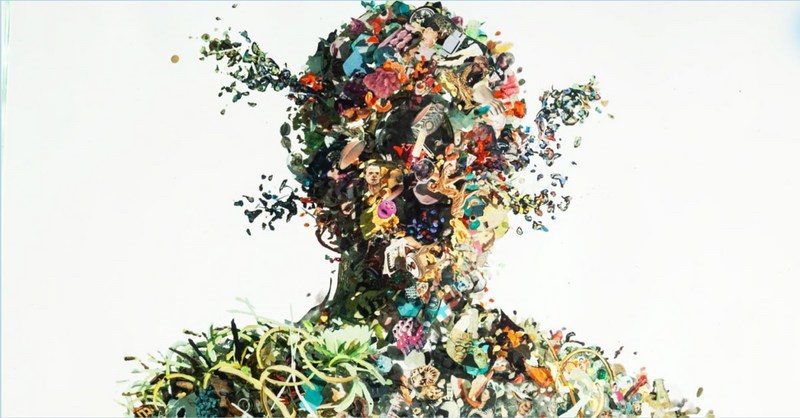 2- It happened and nothing will change that

Expressions can’t come if we don’t accept what happened. And when we can’t accept reality, we make alternate scenarios. We keep trying to divert ourselves from accepting the truth. 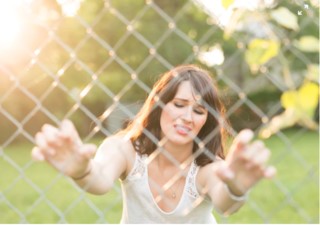 But it doesn’t work does it? No matter how many times you played out the scene, it has already happened and you can’t change it. I know people who indulged in substance use to forget their realities, but it never works as reality comes crashing back as you get sober.

The only way it works is to accept what happened, no matter how bad. Even if all we feel is regret or shame or hurt in the end, it’s better than living a false reality.

You have to understand no secret is worth the toll it is taking on your mental health. Sooner or later, we need to face it and come to terms on what we need to do with it. We can’t move on by just forgetting.

Sometimes, moving on is only accepting what happened or the expression of the secret. But it can also mean the rectification of a mistake we kept as secret.

Yes, the consequences might be severe. Like vandalizing someone’s house and paying a huge penalty or confessing to your parents about the accident you caused. But, living your life with a dark secret is not easy and secrets have a way of spilling over.

With correction often comes forgiveness and lessons of a lifetime. You can start anew and be liberated.

Let me end this by saying, everyone struggles with secrets. Be it one skeleton, or a million. But, whether your secret is a mistake or truth about yourself, you have the courage to deal with it.

If the secret is very dark, it will be hard and the consequences might make you give up. But remembers, skeletons always come back to haunt you. So, deal with them before they consume you.