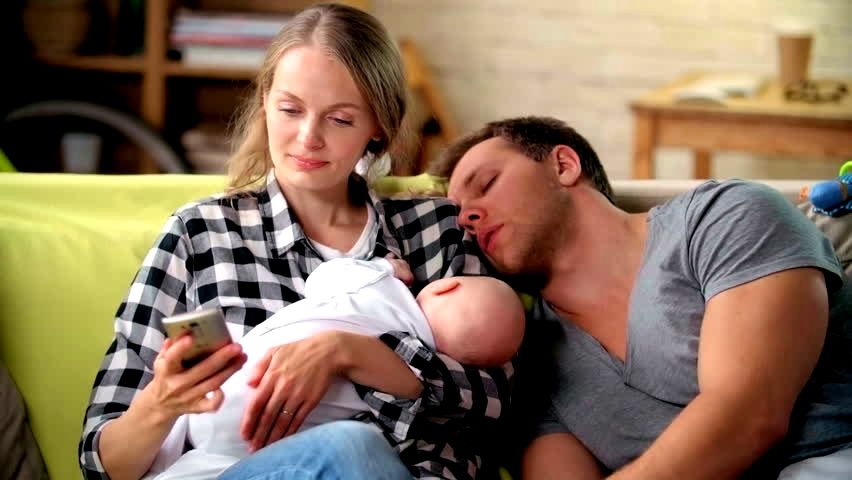 It’s no surprise that women who are married with children are stressed. After all, they have to play some roles as a mother and wife: cook, doctor, teacher, maid, event planner, and so much more. But, a recent survey by TODAY.com found that nearly half of women find their husbands more stressful than their kids.

Over 7,000 women answered the survey, and the results not only revealed how stressed moms are but also what the cause of that stress is. On average, moms rated their stress level as 8.5/10, with 46% of women claiming that they experienced more stress because of their husbands than they did from their kids.

One of the causes of this stress was revealed in the fact that around 75% of women that answered the survey reported they do the majority of the parenting and most of the other household duties. That means that only 25% of women feel their partners do an equal share or the majority of the parenting and other household duties, leaving women stuck doing more than their fair share.

Another common cause of stress that women reported was feeling like they didn’t have enough time in the day to get everything done that needed to be done, in part because of a lack of support from their partners. It should be no surprise that this was particularly true in women who also worked outside of the home yet still shouldered most of the work around the house.

Many women reported that some of their stress came from the simple fact that their husbands acted like overgrown children. It meant they had, even more, responsibilities around the home since they also needed to care for their husbands even though it was their husbands that they should have been able to look to for support.

This is far from the only research that supports the claim that women are more stressed by their husbands than men are by their wives. According to one study done by the University of Padova in Italy, men who lose their wives have their health deteriorate quickly, but when a woman loses her husband, her health tends to improve.

The most important thing both men and women can do when faced with these facts is to ask “What can be done about this?” The truth is, there is a lot that can be done to solve this problem, no matter how stressed out a woman may be or how immature her husband may act. Both partners need to be willing to step up to the plate and be prepared to do what it takes to solve this growing problem.

First and foremost, a conversation must be had. Wives need to open up to their husbands about how they’re feeling stressed about the way the household and parenting duties are divided, and husbands must be prepared to genuinely listen to those concerns and be prepared to work with their wives to find a solution that will work for the whole family.

One of the best ways to reduce the stress a woman is feeling because of her husband is to make sure the household and parenting duties are divided evenly. To start, couples should make a list of all the daily, weekly, and monthly household chores that need to be done and make sure that each partner is pulling their weight.

Wives need to learn to trust their husbands with household duties. Many times, this is the reason that the wife is doing everything. She doesn’t believe her husband to do it correctly or the way she would like it to be done, so she just does it herself instead. When a man agrees to do a particular household duty, it’s essential for the wife to step aside and allow him to do it, even if it’s not done “right.”