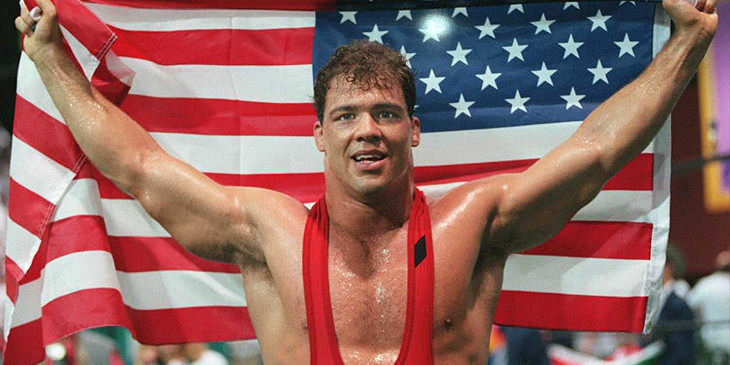 Kurt Angle made international headlines in 1996 when he won the freestyle wrestling gold medal at Summer Olympics that year held in Atlanta, USA. But even before that, Kurt Angle was making domestic progress and taking over local headlines.

He won numerous accolades while in college, including the gold medal for NCAA Heavyweight wrestling championship, twice. He is one of the four people to have completed a Grand Slam that includes junior nationals, NCAA, World Championships and Olympics. His achievements combined with his persona led him to become a regularly featured member at World Wrestling Federation (now WWE).  These are the facts that most people know about Kurt and know him by. The other side of his story, the dark one, is one which is truly inspiring.

For those of you who don’t know, Vicodin is used to relieve moderate to severe pain. It is composed of hydrocodone that slows down breathing. People who are in constant pain get addicted to Vicodin because of its strength and quick effect. Kurt was not only physically hurt, but his sister’s death because of her addiction to heroine pushed him on the brink of depression.

In his blog, Kurt Angle discusses in detail about his addiction to drugs. He states that it all started when he suffered from a neck injury prior to the summer Olympics in 1996. The drug, namely Vicodin, left him feeling relieved and without pain which made him feel better and indestructible. As a professional athlete and that too a wrestler, you would think that indestructible is the way to feel. That’s what Kurt was looking for and he found a solution in Vicodin.

Kurt stated in his blog that at one point he was taking 65 extra strength Vicodin per day! His addiction grew more when he joined WWE and broke his neck for the second time that almost ended his career. His problem got worse because of the fact that WWE did not test for drugs in the system back then which allowed him to manipulate the system both in WWE and TNA which he later joined and won the inaugural title of.

He was also arrested for driving under the influence of drinking at least four times which also started to become a problem for his career and his life. In short, the mixture of Vicodin and alcohol was enough to start a chain chemical reaction in his life, dissolving everything around him.

Kurt realized his problem and called the rehabilitation center. Joining rehab helped him get the right medication and the proper care he needed to get over his withdrawal symptoms such as involuntary shivering and extreme pain. He went into rehab for a second time which was successful in healing him for the better. He describes the first seven of his ten days alone as the worst days of his life. In a podcast interview Kurt stated,

“I actually went to the WWE rehab program; they put me in a great center…. It’s been over three years now I’ve been clean and sober. I finally got the right help. I tried to do it myself, [but] when you’re that deep in that stuff, you can’t do it on your own.”

Kurt states that he has been sober for three years now. Another personal achievement for which he received the most important reward: His Life. It has also been revealed that he is in talks with WWE to make a comeback but has not revealed about the length of his term. He seems eager and motivated in wanting to come back to the sport that he has loved all his life. We wish him all the best in his future endeavors and hope that he returns back to the ring to kick some ass. Kurt Angle is a true champion!