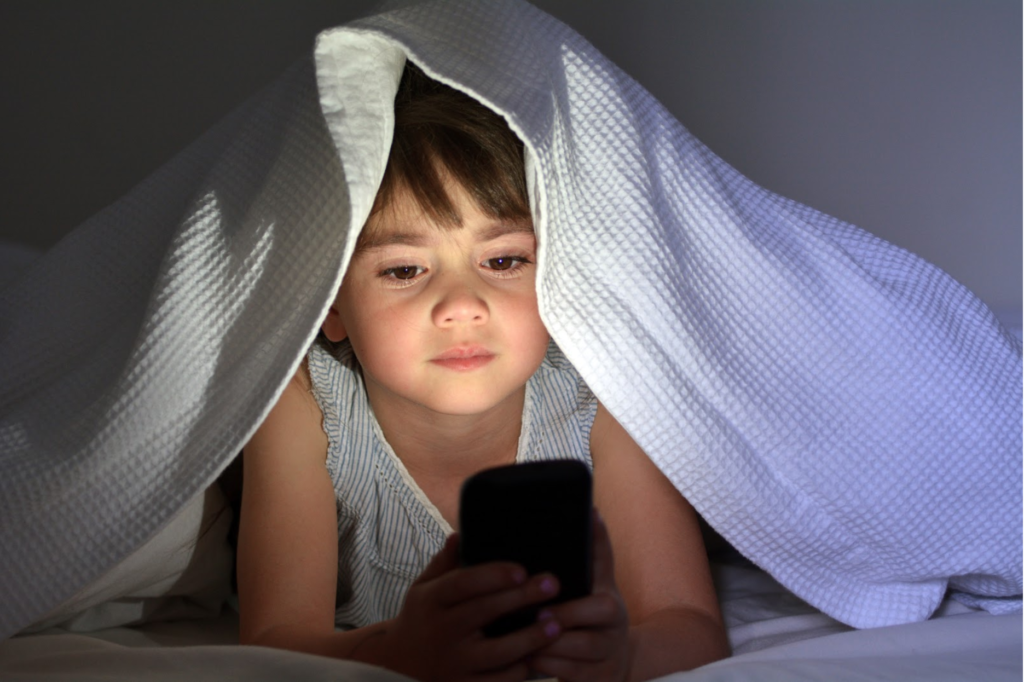 Results from a study conducted suggests that long screen time affect a child’s brain and learning. Experts have started to worry about how screen time on tablets and smartphones are affecting the brains of today’s generation.

The entire new generation of kids is growing up with smartphones, tablets, and other electronic devices which has many parents worried.

But this also gives scientists a chance to answer the question that does screen time have any effect on kids’ developing brains?

National Institutes of Health researched and offered a glimpse of the answer, based on preliminary data from the ABCD, Adolescent Brain Cognitive Development study.

This study is following more than 11,000 children, between the ages of 9 and 10 at 21 sites throughout the US. The study director Gaya Dowling, PhD, presented the results in December on CBS’ “60 Minutes.”

The two big headlines from the initial data are:

The MRI scans showed that kids with more screen time had a premature thinning of the cortex. Cortex is the outermost layer of the brain that processes different types of information from the senses.

Dowling said in the CBS interview, “That is typically thought to be a maturational process, so what we’d expect to see later is happening a little bit earlier.”

Is screen time to be blamed for these differences?

Dr. Ellen Selkie is an adolescent physician at the University of Michigan C.S. Mott Children’s Hospital.

She told Healthline that “the only conclusion we could draw at the moment is that two things are happening at the same time, but it’s hard to tell which one caused the other.”

For instance, it might be true that excessive screen time lowers children’s academic performance. But there is also a theory that children with difficulty with certain mental tasks may be more drawn to screens for some reasons.

Dowling confessed in “60 Minutes” that even though some questions about the impact of screen time will probably be answered over the next few years, the long-term effects won’t be known for many years.

“We will be able to see not only how much time are they spending, how they perceive it impacting them, but also what are some of the outcomes and that will get at the question of whether there is an addiction or not.”

Earlier researches mainly focused on television or console videos games, since that’s what was around during that time. But ever since iPhone was introduced back in 2007, the screen time landscape has changed drastically.

Dr. Kara Bagot at the University of California at San Diego conducted a study with her colleagues where they scanned teenagers’ brains while they checked their Instagram feed.

It was found that when teenagers view their Instagram feed, the reward system of their brain activates.

Bagot and others believe that electronic devices like phones or tablets can stimulate the release of dopamine, a brain chemical involved in desires and cravings.

Another recent study tells that teenagers who use electronic media at night are more at risk for sleep disturbances and symptoms of depression than those who don’t.

Cutting back on screen time is likely to relieve some of these symptoms.

During a research at the University of Pennsylvania it was found that college students who limited their screen time to less than thirty minutes a day were less lonely and depressed, within just three weeks.

This research along with the ABCD study add to our increasing understanding of how screen time affects the brains at a young age.

Yet again, Selkie disagrees that such devices are melting everyone’s brains. She said, “It is clear that there is an interplay between media and child development, but I don not think it’s realistic to take away all devices.”

The American Academy of Pediatrics updated their media guidelines a couple years ago based on recent researches, for those parents who are concerned about their child’s screen time. According to their suggestions: