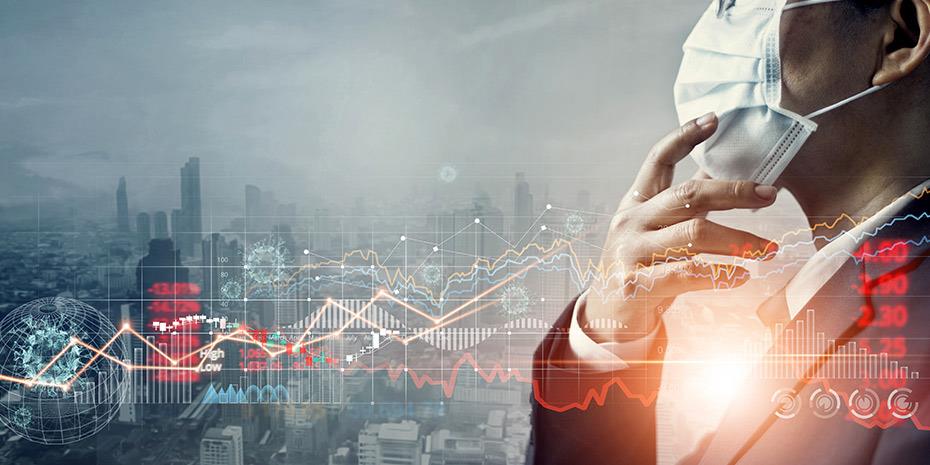 For the fifth month in a row, the world continues to remain in a state of partial paralysis as the deadly respiratory disease simply refuses to be contained. With a staggering number of around 276,690 deaths having been reported worldwide, and numerous worldly affairs having been put on hold, experts are concerned about the long term effects of the pandemic.

Currently, the United States reports the highest number of infected patients as well as the greatest number of casualties, necessitating immediate and stringent emergency measures to be taken before the pandemic impacts the quality of everyday life.

The US, with the highest number of both, infected individuals and casualties, presents a hopeless scenario. According to the latest statistics updated by the Centers for Disease Control and Prevention (CDC), a chilling number of above 30,000 new cases were reported in a single day taking the total tally to 1,248,040, with a confirmed number of around 75,477 deaths reported nationwide.

Claims suggest that the US tally will continue to rise at alarming rates if strict preventive measures are not imposed soon.

The US is currently following the lockdown directive. President Trump, however, seems to be in favor of ‘liberating’ some states of the rigid stay-at-home orders. He is in favor of reopening sectors of economic and social life in parts of the country least affected by the pandemic.

Even though the statistics continue to grow aggressively, President Trump seems to appear confident that his battle strategy will be effective in successfully curbing the increasing numbers as well as eliminating the looming threat of the possible long term effects of the pandemic.

What are the Long Term Effects of the Pandemic?

Officials, as well as civilians, are fearful and concerned about the possible repercussions of the pandemic and how it may affect individual affairs as well as national life in the years to come.

Analysts have predicted that the effects of the pandemic will persist even after it is eliminated completely. The almost fatal blows to the economy, stock markets, global mobility, social life, healthcare systems, imports, exports and other sectors of national life, international life, individual life and social life will not be easy to restore.

Therefore, the current burning question directed towards experts, economists and analysts are, ‘What are the long term effects of the pandemic ?’

Here are some of the predictions put forward regarding the impact of the deadly pandemic on various sectors of life in the future.

Healthcare experts are trying to understand the effects of the disease on the health of a recovered individual in the long run. For patients who had been severely affected and had been dependent on ventilators, serious lung damage might impact their health in the future.

According to his study, Prof James Chalmers suggests a possible risk of chronic lung, heart or kidney damage that recovered patients might have to deal with even after recovery from coronavirus.

Healthcare systems globally will face a dire shortage of medical personnel as a result of doctors working on the frontline in extremely dangerous conditions, putting them at risk of their health and potentially, their lives.

However, the dilemma of lack of medical supplies and resources during the pandemic will result in a surge in domestic production of medical equipment in the future.

Moreover, many countries might realize the need to invest funds for research purposes to study prevention methods against such outbreaks in the future.

Ultimately, in the long run, healthcare organizations and governments will come up with better planning and strategies to ensure that they are vigilant and well prepared for combat against crises of such kind in the future.

2. Effects on the Economy

Among the long term effects of the pandemic is the damaging impact that the stock markets have received. The coronavirus crisis, according to analysts, has the ability to reshape the economy.

The US economy has been reported to have faced the quickest decrease since 2008. In the first three months of 2020, the US economy has shrunk by 4.8%, among the major factors being, a huge number of newly jobless people applying for unemployment compensation and disruption of the supply chain.

With the lockdown imposed for an uncertain period of time, it is not confirmed when economic activities will be back to normal.

As long as doubt pertains regarding the duration of the outbreak, analysts remain concerned, warning of a huge impending threat to the economy and stock markets, — much greater than the current damage that the world economy has sustained — if the outbreak is not contained soon.

There is a vast chance that the increasing economic losses will result in nationalism and the promotion of policies that are against globalization. Read more about how coronavirus has affected the US Economy.

3. Effects of the Pandemic on Environment

Perhaps, among all the fear, chaos and negativity surrounding the coronavirus, the only facet of life that the pandemic has affected in a positive way is the environment.

With the industrial, as well as economic activities, having been paralyzed, a surge in the quality of the environment has been witnessed in various countries.

For the first time in decades, the Himalaya Mountains were visible to civilians, painting a beautiful picture of the beauty of nature, in the otherwise, highly populated and polluted country of India.

The otherwise murky waters of the canals in Venice, after weeks of lockdown in the city, resulted in the water clearing up so much that fish were clearly visible in it.

A sharp decline in road travels and air travels has minimized carbon-dioxide and carbon monoxide pollution while the considerable decrease in greenhouse emissions has also contributed to purifying the environment.

Recently, scientists observed an incredible phenomenon announcing that the severely damaged ozone layer has now started to heal in various spots including the largest hole over the Arctic which has now been completely healed and closed.

As the lockdowns continue, the quality of the air and the climate will be affected in a positive way which will enhance the quality of life for the inhabitants of Earth in the long run.

Moreover, the crisis will help humans realize the importance of conserving nature, resulting in a positive change in the actions and mindset of humans regarding the welfare and safety of our environment.

4. Long Term Effects of the Pandemic on Lifestyle

The lockdowns imposed due to the pandemic have temporarily reshaped the lifestyles of people. Remote working has become the norm and people actually enjoy working from the comforts of their homes.

The idea of online education has also been welcomed by many students who find it comfortable to be able to study from the ease of their homes.

According to experts, remote working and remote learning might become popular post Covid-19 lockdowns. This will have a huge impact on the way the world will operate in the coming years and might even result in a considerable increase in technological advancements.

Conclusively, the COVID-19 pandemic will not only impact individual lives but will also reshape national and global systems, having immediate as well as leaving long term effects on the world.

The past four months have been rather successful in revealing the blunders of some of the largest economies in the world and unveiling the competency of the leaders of our countries in dealing with a global crisis like Covid-19.

What are the long-term effects of the pandemic? The assumptions above are not necessarily definite answers to the question but mere predictions of what to look out for and what can be expected to change in the future.

They can be prevented only through better understanding, planning and execution of those plans under competent leadership.