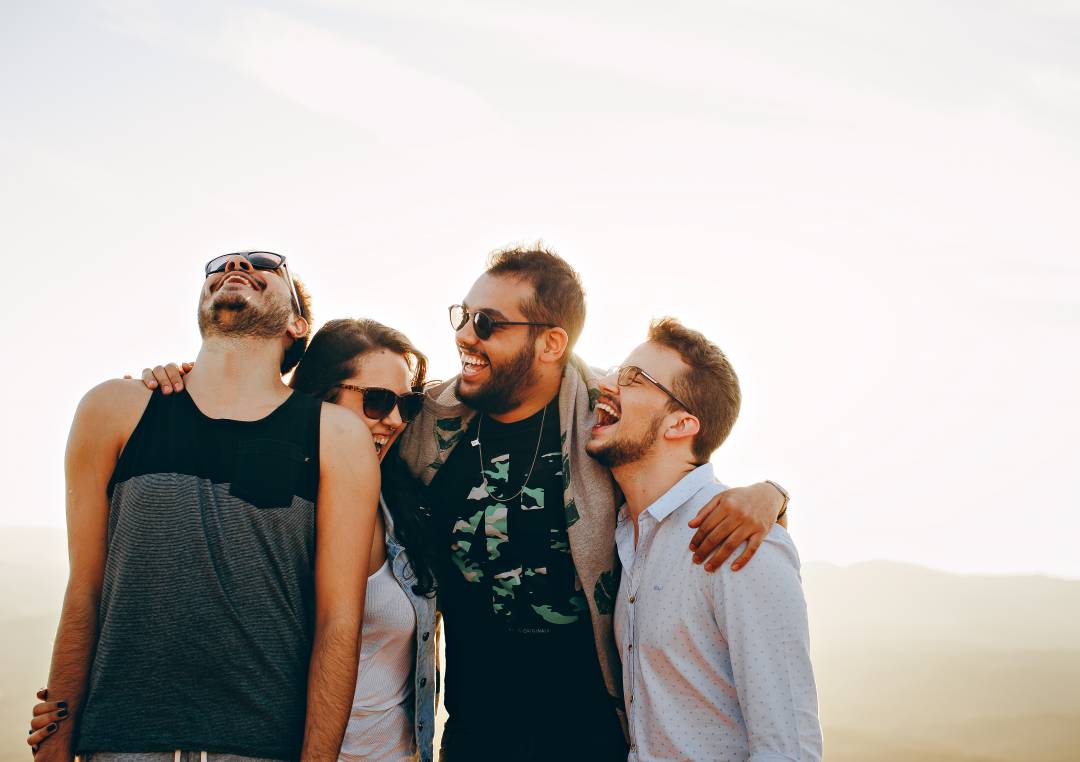 Social interaction is essential to any person’s life, but a new British study has found that men with an inactive social experience may be at risk of health complaints.

Lad time is cherished between men as a time to let loose and take a break from constraining relationships and work commitments. It’s a time for drinking copious amounts, engaging in sports and rough-and-tumble, as well as rebuilding the masculine walls broken down by their girlfriends.

These traditions are enjoyed all over the world, but how do they benefit men themselves?

Robin Dunbar, a professor at Oxford University, has long been researching male friendships, and he has now come up with a potentially life-changing proposition for men.

He suggests that instead of sitting at home watching TV or lounging around on a laptop, men should go out with friends for the good of their health.

But it’s not simply about meeting up with the boys for a cheeky pint. It’s about indulging in the other well-known parts of lad culture, such as team sports, to boost morale and to form strong bonds between the groups.

Dunbar suggests that if a man meets up with four or more friends at least twice a week, his health will be significantly improved. Improvements observed from higher social interaction included enhanced immune systems – allowing men to recover faster from illness – and better general health.

The effects aren’t just physical, though. Dunbar’s research suggests that men who have strong friendships become more generous. This aids them in their love life, making them better partners. While women often perceive that other boys in a group can be a dangerous influence, so long as they’re keeping decent company, men improve socially the more friends they have.

The issue lies in how busy life can get. A third of men commented that they’re unable to find time to meet up with their friends even one day a week, due to home commitments, work, and family ties. A further forty percent of men claimed they only have time for one ‘lads night’ a week if they’re lucky.

Despite this, it is thought that a whopping twenty percent of every day is spent interacting with friends over social media. If you’re awake for twelve hours, that’s over two hours each day dedicated to friendly interactions with friends.

However, Dunbar says that it’s not enough to keep in contact from a distance via texting or social media. Face to face meetups is the only way for men to strengthen both their relationships and health.

Dunbar also found that men only seem to have a few significant bonds, and they focus on keeping those strong rather than a large group. The quality time spent out and about with the boys is vital to feeding strength to those friendships. This time is so sacred because, in these tight-knit groups, the happiness shared helps release endorphins, which heighten mood and euphoria, with a similar effect to the drug, morphine.

For this reason, these meet-ups not only increase health benefits, but they may also build up walls to fight off depression and other neurological disorders. After all, there’s nothing like a get-together to make you smile.

So if you’ve not seen your lads for a while, or if your mood appears to have dipped, you now know it’s important to pick up the phone and give them a call. Have a pint, play some games, or even just grab a bite to eat. Science says you’ll feel better because of it!