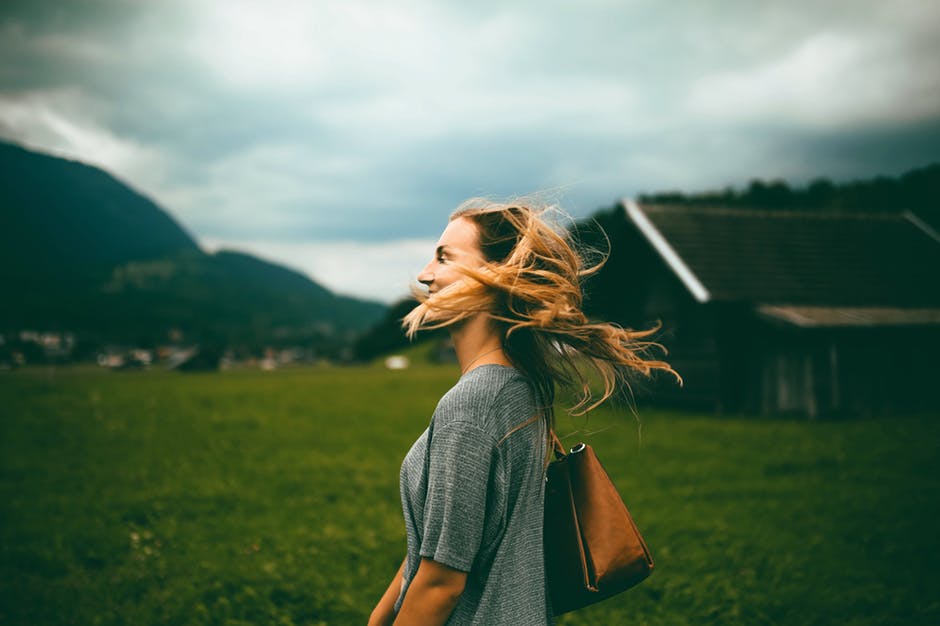 All our lives we have been taught that we should grow up, fall in love, get married and start a family. Otherwise, we are likely to end up lonely and sexless, wishing we had settled down when we had the chance.

It turns out, that isn’t exactly true.

Personally, I believe in the sanctity of a love-filled marriage and think it’s the ideal way to live. It sounds fabulous, but it’s often easier said than done, to meet the right person. Settling down for a lifetime with someone so that you’re not alone sounds terrible, which is why more people than ever are taking their time and not rushing into marriage.

According to the Census Bureau, there are more single adults than ever before. The numbers speak for themselves; 110.6 million people who are 18 and older reported that they were single. That makes up a whopping 45.2 percent of all U.S. residents over 18 years old.

Of those single people 63.5 percent reported that they had never been married, 23.1 percent were previously married but now divorced. And 13.4 percent were widows.

When you look at those numbers, you can see a cultural shift in the way things are now, compared to how they used to be.

Living Alone Is More Common Than Ever

A decade ago, 39 percent of people in the U.S. lived without a partner or spouse, but that number has risen to 42 percent. Now more people are living in one-person households than ever before.

There’s also more emphasis put on formal education or jobs. This is a tough economy to live in, and our careers will make us successful. Because of that, marriage has taken a back seat and is no longer considered to be the prime marker of adulthood as it was in past years.

Living Together Before Marriage Has Gained Popularity

In the past, if you lived with someone you loved before you were married, you may have been looked down upon by others. But now, more couples move in with one another before they get married. This gives them a chance to find out if they work together as a unit before actually tying the knot. Many times, it doesn’t quite work out for whatever reason, and they go their separate ways and remain single for a while.

In this article, they looked at a study and compared the data from the 90’s to data taken in 2014, and we learn that everyone (18 and older) is having less sex than they once did. This may come as a surprise since you’d expect married people would have more opportunities, but there was a more significant drop among married people than their single counterparts.

Jean M. Twenge, the study’s lead author, who teaches psychology at San Diego State University said: “Are they less happy and thus having less sex, or are they having less sex and therefore less happy? It’s probably some of both. We do know that sexual frequency is linked to marital satisfaction, so overall if you have fewer people having sex, you could have people who are less happy and less satisfied with that relationship.”

Some people like to suggest that people who are married have higher self-esteem but that just isn’t true. There was a study that looked for a link between self-esteem and romantic relationships. Eva C. Luciano and Ulrich Orth researched the data on more than 9,000 adults in Germany and analyzed the data as people ended relationships or stayed single.

They found that: “Beginning a relationship improves self-esteem if and only if the relationship is well-functioning, stable, and holds at least for a certain period (in the present research one year or longer).”

People in the new relationships that didn’t even last a year ended up having lower self-esteem at the end of the relationship compared to those that remained single the entire time.

There’s an assumption that married people are healthier because they take care of one another. That makes total sense, but when we look at the research, the data suggests otherwise.

The researchers studied more than 79,000 women from the U.S. for three years. They kept track of their relationships (or lack thereof) and of their physical condition; which included their body-mass index, waist size, blood pressure, drinking, smoking, eating habits and exercise routines. Most of the findings benefited the women that stayed single or got divorced instead of staying married.

There have been many speculations as to why, although some think that it may have something to do with married women now holding down full-time jobs and still doing the bulk of the work around the home which has traditionally been considered a women’s role.

Sociologist Dmitry Tumin did another study that looked at over 12,000 adults in the U.S. who were in their first marriage. They were surveyed to find out if they believed their health was better before or after they married.

The conclusion showed that the people who never married reported being healthier with one exception. The oldest women in the study (born between 1955 – 1964) who had been married for at least ten years said that they were slightly healthier.

Of course, people do age over the course of a marriage, so a lack of health can also be contributed to age factors and not just to whether they were married or single. Perhaps the single people just focused on their health more than those who were with a partner.

Single Is Fun Until You Find ‘The One’

When we have a strong group of friends and family that fills our hearts with love, it seems that we are fine being single. There is no reason to rush into marriage unless you’re really in love, and that is worth waiting for.

More people are holding on to their fun, single years until they finally meet the person they think they can happily spend the rest of their lives with. How many of you refuse to settle down until you’ve found ‘the one’?