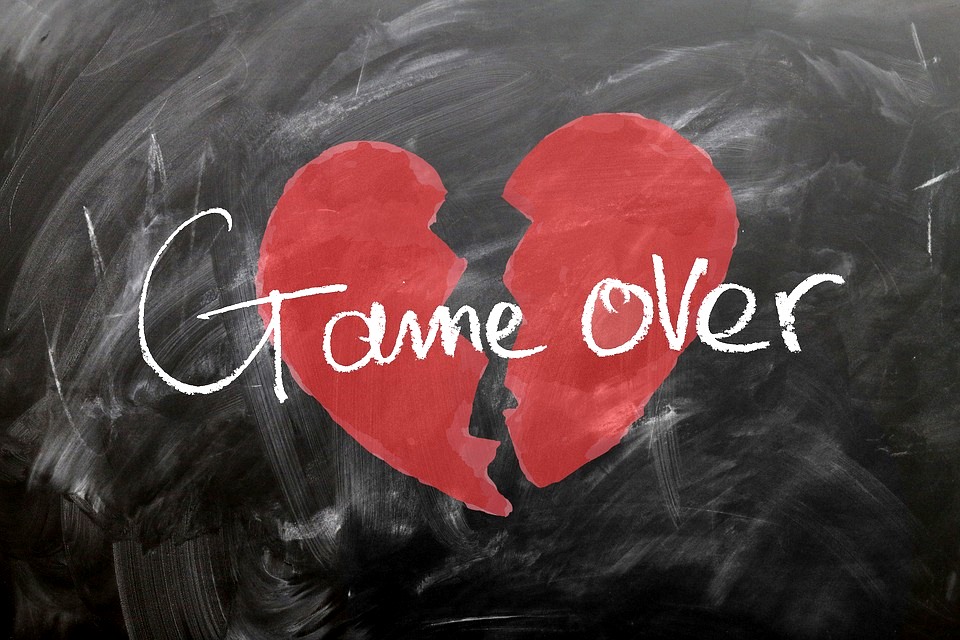 The kings and queens of micromanagement

Capricorns are reliable partners that have a keen eye for detail which means that they pay attention to every little thing about your relationship. This is a beautiful part of being in a relationship with a Capricorn, but it may also be the downfall. You see, Capricorns are excellent planners, but at times this can go too far, and it puts a lot of pressure on their partner.

Scheduling every moment of every day from morning coffee, to sex before bed tends to diminish the chances that something spontaneous and romantic might happen. If you’re in a relationship with a Capricorn, remind them that it’s essential to relax and just let things happen – unplanned!

Scared of commitment much?

If you’re in a relationship with an Aquarius then you probably already know what an independent individual they are. This is a beautiful thing unless you’re looking for a partner to settle down with and hope to marry someday. Aquarius hates to be tied down, and commitment is hard for them because they find romantic relationships to superficial.

They’re also amazingly aloof at times and easily distracted which means they might just follow their heart in a different direction and forget they were even in a relationship with you. If you’re with an Aquarius, be prepared to give them space if they seem to need it or they might just disappear.

Pisces are very emotional, this plays a big part in everything they do, and this includes their relationships. They often feel misunderstood because people view them as shallow and self-centered when they witness their narcissistic behaviors which stem from their insecurities.

They usually are selfish and have self-esteem issues which makes them feel like they don’t deserve their partners. They’ll end up self-sabotaging the relationships by breaking up with you unexpectedly or cheating so that you want to leave. If you’re going to date, a Pisces be ready to continually reassure them and don’t expect much reassurance in return.

Sleeps around and has a horrible temper

It’s hard to be faithful if you have trouble controlling your impulses and this is one of Aries’ main issues. They love nothing more than a good challenge, and this includes sleeping with their latest crush even if they are already in a serious relationship with someone else. While they are energetic and passionate, they are also prone to having horrible temper and aggression issues.

So make sure to keep an eye out for these problems if you’re involved with an Aries.

Can’t take the blame, even if it’s their fault

Taurus is the most stubborn of all the signs. Once they’ve made up their mind about something, they will stand their ground, even if they’re in the wrong and will never admit that they made a mistake. Relationships require a healthy dose of compromise, but Taurus has more of a “My way or the highway” attitude.

The best way to thwart their stubborn side is to plant subtle ideas and then let them think they were the one to come up with it.

Suffocate you with attention

Cancers need to feel loved 24/7, so you will not get any personal space in this relationship. That’s fine and dandy if you don’t mind chatting through the bathroom door when you’re trying to have a relaxing bath. Forget even doing small things like grocery shopping or errands alone because Cancer will act as if you are leaving them out if you don’t want them along.

If you do get a chance to do something without them by your side, you better be able to give a play by play of every moment you were apart.

Wishy-washy and afraid of commitment

Geminis have such beautifully creative minds, but this often leads to dreaming about others who are not part of your exclusive relationship. They are indecisive and afraid to be tied down to one person. Geminis are fine with juggling 3 or 4 significant others at one time and have trouble fully committing to any of them.

They always have their eyes open for the next best thing to come along. If your love with a Gemini will stand the test of time then go for it. But don’t be surprised if you wake up one morning and never see them again.

The world must revolve around them

Prone to selfishness, Leos have a massive ego and think that everything is about them. They put a lot into the chase but don’t waste much energy trying to hold on to their catch once they’ve got them. Leos also have poor listening skills because they aren’t interested in what you’re saying unless it is about them so you’ll have to remind them of things often.

You will have to work to keep their interest sparked, but still be able to keep an air of mystery, which can prove to be difficult.

Very high standards and are critical

So you’ve won the affection of a Virgo, well done! But it’s hard to be the apple of a perfectionist’s eye, and they will point out any and all flaws that they can find and try to fix them. Many of Virgo’s relationship problems are because they can be overly critical of their partners.

If you’re going to have a Virgo as a partner make sure you’ve got a thick skin because the criticism they dish out, cuts like a knife at times and you’ll end up wondering what they ever liked about you, to begin with.

Libras have a problem; they aren’t good at saying no. They are very empathetic and hate hurting others feelings, so they are likely to agree to things that they were never really into. While getting your way all the time might sound fun at first, this becomes a problem because you will be the one making all the decisions if they can’t stand their ground on any issue.

Passionate Scorpio is very emotional, and It’s hard for them to be happy. They make good lovers but are often in bad moods and tend to sulk about their problems. If you happen to upset them, they will have a melancholy mood that could last for a week over something you thought was trivial at best. What makes it even worse is that they won’t want to talk about it.

Lucky you get to deal their lousy mood in silence.

Hard to keep their interest

Sagittarius is a joy to be around; they’re good lovers, adventurous, fun and love to spend time with their partners. But they love their freedom too, and once you’ve been dating for a while, the Sagittarius might get bored. They’ve been known to consider breaking up with their partners just because they aren’t feeling the initial spark that caught their interest anymore. If you want to make this relationship last for the long term, you’ll have to find a way to battle their boredom.