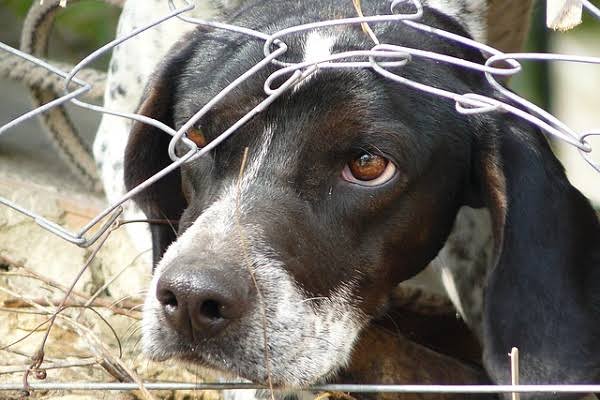 It is definitely not a new thing when one gets to know about a very sickening act of animal abuse. Some unstable individuals often reach such a point where they can’t even tell whether what they are doing is real or part of some unreal fantasy.

Such individuals could have a serious mental disorder or they may have some situational excuse for such an act but in no circumstances can this issue be considered acceptable.

What is animal abuse?

In fact, the people who consider animal abuse as nothing serious are actually very much playing a significant role in promoting animal abuse.

It is only basic humanity to address to a situation where a living thing is being abused; it is more like a major responsibility of all mankind.

One reported animal abuse crime stated that a pet owner actually put their own pet into a microwave that was turned on at that moment.

The individual was also jailed for 16 weeks for the act; however, we still see such acts happening around in our society.

Let’s take a look at a few reasons why such unstable individuals find satisfaction in such sickening acts of animal abuse.

Animal abuse is not taken seriously

This is a common issue around the globe. When an animal is being abused, the act is often easier to slide as compared to when a human is being abused.

Even in countries where animal abuse actually is a crime, the punishment isn’t as severe as the crime of animal abuse itself. Unstable individuals are aware of this fact and take advantage of it a lot.

Since it is taken lightly, these individuals go for animal abuse as an easier way to satisfy their needs.

Animals are also abused for the purpose of mere film-making

The fact that some animals actually get abused for the sake of film-making, sounds unlikely; however, it does happen. The reason behind this terrible act is often the realness of the act as animals can  not be easily made to act.

There is a reason why parents or caretakers are urged to look after their children with sincere responsibility during their childhood.

There is often a major chance of children turning towards violent acts if they are facing abuse by their caretakers. These children then grow into individuals who think abusing animals isn’t a big deal.

Neglecting a child in childhood can lead towards animal abuse

Neglecting a child is a very sensitive issue since it is often considered less important. If a child is not going to receive the proper attention, they will eventually not receive proper guidance either.

Children in such cases can turn towards violent acts like animal abuse which has very obvious chances of developing a violent personality later in life.

If you ever come across someone who abuses animals, do not, I repeat, do not let the individual get away with their acts so easily.

Individuals with unmet sexual needs are not always supposed to abuse animals. Sexually paraphilic individuals tend to satisfy themselves sexually through small animals.

This is yet another sickening act of animal abuse which has many chances of having its roots from the individual’s problematic childhood. For such individuals, only animals can be a source for their pleasurable needs.

Some unstable individuals abuse animals to intimidate others

Violence has many types in the field related to the power exertion. Animal abuse is one of those types of violence where individual use animals to show their power to others.

These individuals can also use animals to threaten others and to set examples of their violent acts. Small animals appear as an easy target to such individuals since they can’t attack back with the same strength as the human.

It is utterly a terrible way of taking advantage of weak animals.

How to stop animal abuse:

At the end of it all, we all should learn how to treat animals. Mistreating animals is nothing sane and it is something humans should be held accountable for in court.

There should be a separate organization or an entity which works for the well being of animals.

Majority of animals are harmless, most of them wander our streets and are kicked off by little kids. We as adults should not encourage this kind of behavior and teach the upcoming generation to handle animals more carefully.

Animals can not communicate with humans but we can see if they are in pain. Initiatives by the government should take in place, in order to restore the well being of animals.

There should be penalty and punishment for people who harm animals. We should teach animal safety in order to educate people about how they can take care of their pets better.

There should be seminars and groups on social media platforms which can help animals as a community.

If such measures and taken, and if people are educated about animal rights, there will be a gradual decrease in the amount of people who choose to harass animals.

A petition should be signed and reported to the UN to demolish the “animal business”. Animals are not slaves nor objects which can be bought or sold. They have free will and with the proper care and love, they can be a man’s most loyal friend.