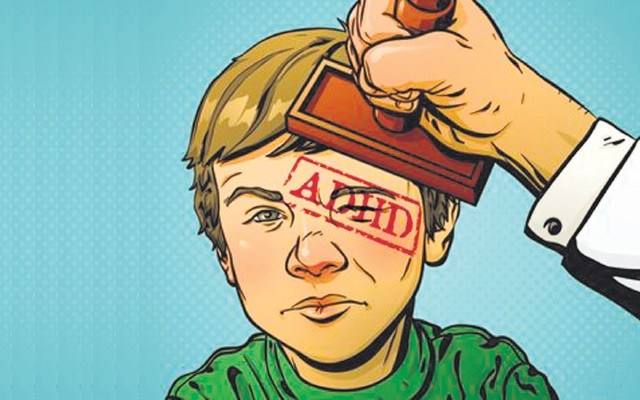 World-renowned psychologist and professor at Harvard University, Jerome Kagan has claimed ADHD is an “invention” and doesn’t exist.

In a stinging critique of the way mental health conditions are diagnosed and treated, Kagan claims that Attention Deficit Hyperactivity Disorder (ADHD) is a “hoax” and places a significant proportion of the problem on the power of pharmaceutical companies, as well as the healthcare professionals making the diagnosis.

His view has gained much criticism from psychologists and other medical professionals.

But Kagan, who was named as the 22nd most eminent psychologist of the 20th century, has fiercely defended his viewpoint and insisted that there needs to be a shift in how mental health issues like ADHD are handled

He criticized the trend for children who misbehave or underperform at school are diagnosed as having ADHD, claiming doctors are too eager to hand out mind-altering drugs such as Ritalin without adequately investigating the circumstances.

He said: “(ADHD) is an invention. Every child who’s not doing well in school is sent to see a pediatrician, and the pediatrician says: ‘It’s ADHD; here’s Ritalin.'”

“In fact, 90 percent of these 5.4 million (ADHD-diagnosed) kids don’t have an abnormal dopamine metabolism. The problem is, if a drug is available to doctors, they’ll make the corresponding diagnosis.”

Kagan believes a significant proportion of the blame can be given to the influence of pharmaceutical companies. Prescription drugs are big business, and when money becomes involved, he claims, it means other factors affect the treatment administered.

Incentivised diagnosis means many physicians benefit from promoting or prescribing certain medications and are making thousands from working with the pharmaceutical companies.

This, Kagan said, is “immoral and corruptive” leading to over-diagnosis and misdiagnosis in many cases.

He believes the influence these pharmaceutical companies have on the political process, spending thousands of dollars lobbying politicians, means there is unlikely to be any significant change to improve the situation.

Kagan claims this climate is creating a vicious cycle, where psychologists and psychiatrists are being paid to research conditions like ADHD leading to over-diagnosis and over-prescription.

Misdiagnosis is another huge issue according to Kagan, with not enough in-depth investigation taking place before young people are identified as having mental health problems.

He said: “If you do interviews with children and adolescents aged 12 to 19, then 40 percent can be categorized as anxious or depressed. But if you take a close look and ask how many of them are seriously impaired by this, the number shrinks to 8 percent.”

According to the Centers for Disease Control and Prevention 6.4million children were diagnosed with ADHD in 2011, which counts for 11% of children 4-17 years-old.

Insisting medication should be a last resort not the first reaction for parents and health care professionals, he said there needs to be a change in how conditions like ADHD, depression, and anxiety are diagnosed.

ADHD was used as an example, but according to Kagan, this is happening across the mental health spectrum.

His view has been criticized as reckless for implying pharmaceutical companies invented mental illness to make a profit, but Kagan has defended his position insisting his views are far from an attack of those who suffer from mental health issues.

Insisting that administering mind-altering drugs, especially to children, is a dangerous situation he claimed there should be a deeper investigation into the individual circumstances before a diagnosis is made.

Kagan said: “There are people who, either for prenatal or inherited reasons, have serious vulnerabilities in their central nervous system that predispose them to schizophrenia, bipolar disease, social anxiety or obsessive-compulsive disorders. We should distinguish these people…”

He recommended that, rather than just looking at symptoms, diagnosis of mental health disorders should be made on a case-by-case basis and that the entire system of how mental health issues needs to be reassessed to ensure the health and safety of the patient.

Bonus Video – The Scam of Psychiatry