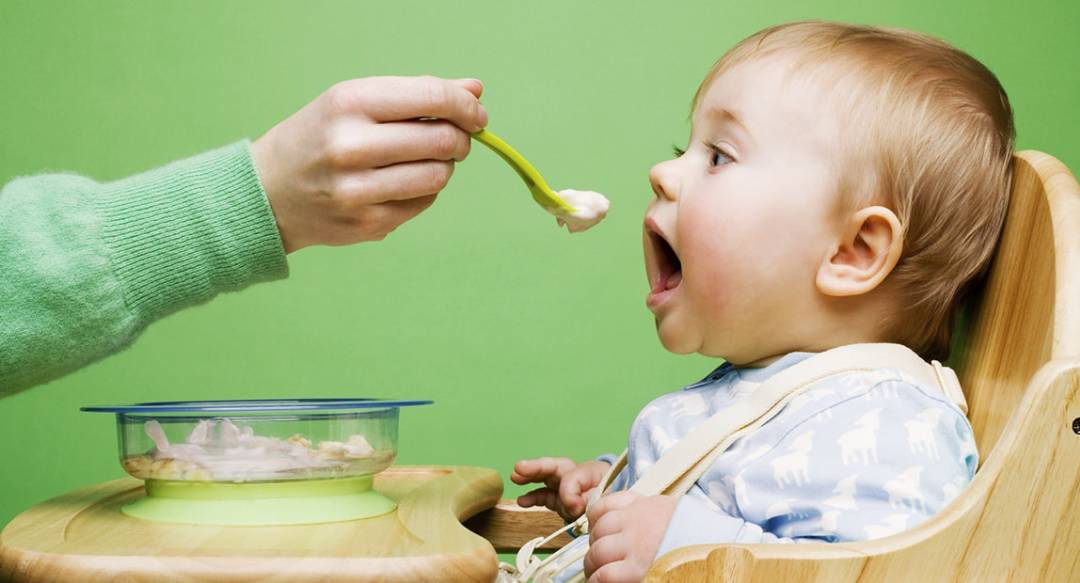 People are always interested in how women are feeding their babies, so much so that there seems to be a lot of controversy around bottle feeding versus breastfeeding and when parents choose to begin complementing their infant’s food with solids.

In a world with so much information readily available, there still seems to be a lot of inconsistencies when it comes to telling parents when to introduce solid foods. This does not make the already difficult job of parenting any easier.

A new study published in the Journal of the Academy of Nutrition and Dietetics found that 20-40% of infants are introduced to solids earlier than four months.

Furthermore, researchers discovered that infants who were not breastfed for up to 6 months were 95% more likely to be fed solids before four months of age.

The American Academy of Pediatrics (AAP) recommends that babies be breastfed exclusively for the first six months of life and not introduced to solid foods until “around six months of age.”

The World Health Organization (WHO) also agrees with the AAP guidelines and goes even further, recommending complementing solid foods with breastmilk starting at six months and continuing this for at least two years.

Moreover, WHO states that many children do not receive the adequate nutrition they need, and only 36% of babies–ages 0-6 months–were exclusively breastfed to the 6-month mark.

According to the Mayo Clinic, feeding solids before four months can lead to obesity and choking.

Experts agree that feeding babies solids too early on can result in missed essential nutrients that breastmilk can provide. Most also concur that babies are not developmentally ready until around the 6-month mark.

On the other end, waiting until after six months to introduce solids poses risks as well, such as possible iron deficiencies, slowing growth, and aversions to solid foods.

Most experts are in agreeance that more support for breastfeeding mothers, especially in the early days, needs to take place.

But the reality of this is that not all mothers breastfeed, and it is also important for formula-fed babies and breastfed babies alike to wait until ideally the 6-month mark, or at least until four months to eat solid foods.

Yes, it is true that the study shows an increased number of formula-fed babies eating solids before they should be, but it is essential to not condemn the mothers for this.

The reason so many women are not breastfeeding varies, but in a lot of modern societies, the support is just not there.

During these tough economic times, more women need to work, which makes breastfeeding a difficult feat. There also is still a lack of knowledge when it comes to breastfeeding, and there still is sometimes a stigma associated with breastfeeding as well. Furthermore, there are also women who are just not able to breastfeed.

Overall, it is the lack of support in the workplace, lack of maternity leave, and lack of education that is really to blame. And unfortunately, this probably will not change anytime soon.

So mothers, instead of stressing even more about how you feed your baby, it is important to think about when to feed your baby solids. As the research points out, all mothers should do their best to wait until 4-6 months.