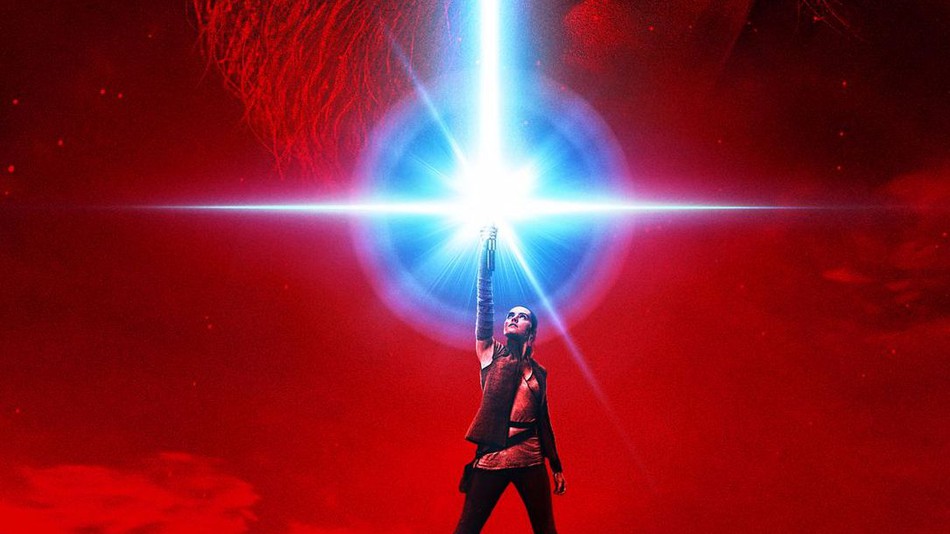 There’s no denying that the ‘Star Wars’ saga has tapped into the heart of our spirituality. After all, we view the Force as a type of divine power and those who learn its secrets keep the balance of good and evil. This saga has not only entertained us, but it also promotes unity and teaches us about the interconnectedness of all things, however great or small.

‘Star Wars’ gives us a bird’s eye view, of the rise and fall of an ancient religion. Throughout the movies, the spiritual teachings of Buddhism and Taoism are prevalent, and it also has biblical teachings which include temptation, sin, and redemption.

The prequel trilogy tells us the story of Anakin’s virgin birth, being the chosen one and his fall to the dark side, which eventually resulted in a resurrection, even though it was into the evil form of Darth Vader.

However, his fall from grace can be connected to Buddhist teachings. He was obsessed with the idea of saving his family, and it led to his demise. Yoda said “Mourn them, do not. Miss them, do not. Attachment leads to jealousy. The shadow of greed that is.”

Some say that ‘The Last Jedi’ is a testament that fits in with the modern religious trend. Many people are more trusting and excited about spiritual experiences than they are organized faith, which has let them down in one way or another.

Many diehard fans didn’t love ‘The Last Jedi’ the way they did the past movies in the saga. However, it was still the highest grossing movie of 2017 and pulled in an astounding $1.3 billion worldwide.

Rev. Angel Kyodo Williams, who is a Buddhist teacher, social justice activist and a ‘Star Wars’ aficionado who lives in Berkeley, California said, “It is very much a movie of this time, it draws on ancient teachings, as well as what is happening in this country right now.”

In the ‘The Last Jedi’ things changed quite a bit. Always optimistic Luke seems to have completely given up and is living reclusively on a remote island called Ahch-To, which is the Jedi’s sacred space.

Rey has already connected with the Force easily without Luke’s help before she locates him on the island. She seems to be seeking a master for guidance, and spiritual training yet Luke just pushes her away.

So, Rey is left with all this power; she has no clue where exactly it came from or how to yield it correctly and a Master Jedi who won’t give her the time of day.

Eventually, he gives in and provides her with a small amount of training, but it doesn’t go far before he accuses her of going straight to the dark side. Previously, to become a Jedi, you would need faith and would have to learn the ancient wisdom and rituals of a Jedi master.

In ‘The Last Jedi’ it seems that Rey must find and learn how to control the force on her own, rather than being brought up in the tradition, as was the original way of the Jedi. Luke’s attitude suggests that the old ways don’t matter anymore. Luckily for Rey, the Force is active in her, and she will most likely have no trouble learning on her own.

“He is making a very modern case for spirituality over organized religion,” Hannah Long said in The Weekly Standard, “If all roads lead to the Force, then the dusty tradition and doctrine doesn’t really matter.”

Chaim Saiman said in The Atlantic, “The Last Jedi seems to reflect many millennials’ ideas about religion, namely their waning interest in “structured religion” in favor of “unbounded spirituality.”

However, that’s not the entire story, George Lucas himself has said that he wanted to accomplish more than just entertainment. “I see ‘Star Wars’ as taking all the issues that religion represents and trying to distill them down into a more modern and accessible construct,” Lucas said. “I wanted to make it so that young people would begin to ask questions about the mystery.”

The director of the ‘The Empire Strikes Back’ Irvin Kirshner, said that Yoda was created in part to evangelize Buddhism. “I want to introduce some Zen here,” Kirshner said, “because I don’t want the kids to walk away just thinking that everything is a shoot-’em-up.”

The Jedi often talk about interdependence, attachment, mindfulness, and concentration, which all happen to be critical Buddhist ideas. Mindfulness and concentration are steps on the Eightfold Path, which is the Buddha’s guide to find spiritual liberation.

However, there is more than just Buddhist spirituality in Star Wars. For example, the Force strongly resembles the Taoist idea of “chi” which is the constant stream of energy which is within and all around us. By harnessing chi, you can manipulate and control the flow of energy.

Recently there was a workshop called “Jedi Insights: A Force For Justice” that was held at the East Bay Meditation Center in Oakland, California.

Ikeda and John Ellis, co-teachers of the workshop that had about 40 people show up, said that most teens are like Rey. They may be inexperienced, but they’re enthusiastic and have the drive to be a Jedi. They’re just seeking mentors that can help them understand and harness the mystery of self-knowledge.

During the workshop, several ‘Star Wars’ scenes were discussed, and they led the workshop attendees through guided meditations. In time, a few lightsaber battles broke out, giving the attendees a chance to practice their skills with one another.

John Ellis said, “There’s so much going on, from the environment to taxes to education, that it’s easy to be overwhelmed, ‘Star Wars’ help us think about how meditation teaches us to focus on the task at hand, and bring our best self to it.”

It’s true that millennials may be eager for spiritual training, but they are increasingly unlikely to identify with one specific religion. “Overall, 35% of adult Millennials (Americans born between 1981 and 1996) are religiously unaffiliated.”

The central question is: why are millennials leaving the church? A recent study, that was conducted by St. Mary’s Press Catholic Research Group and Georgetown University’s Center for Applied Research in the Apostolate, said that many millennials blamed their family for the decision to leave the church.

In fact, only 11% of those questioned said that they quit going to Catholic Church because they opposed the church or religious institutions.

Nearly half of those that were questioned went on to join other churches. So, perhaps organized religion isn’t the issue.

It’s not so much an “era of changes,” Pope Francis said, it’s a “change of eras.” Francis said that the answer is not resurrecting “obsolete practices and forms.” While Catholic customs are beautiful, some “no longer serve as means of communicating the Gospel.”

However, the Pope is not eager to get rid of sacred traditions. He wants Catholics to return to the Gospel, which is the roots of religion.

Pope Francis has repeatedly asked Christians, including priests, to follow Jesus’ words by caring for the sick, lame and poor people of the world. However, many people who call themselves Christians seem to look down on those that need help, instead of offering their services to make the world a better place in which to live for everyone.

Pope Francis’ “change of eras” statement, seems to correlate with the scene where Luke is getting ready to burn the tree that contains the sacred Jedi texts. Luke hesitates, and Yoda shows up from out of nowhere and burns the texts himself saying:

“Time it is, for you to look past a pile of old books.”

Many of us were utterly shocked that Yoda would commit such an act that could harm the Jedi traditions. But if you look at that scene with a Buddhist viewpoint, the meaning shifts entirely. Zen has many stories about masters who try to get their students out of mental ruts that keep them from moving forward.

If you look at it from that viewpoint, burning an “old pile of books” wasn’t really about the texts or religion at all. Yoda who has wisdom beyond what we can even imagine, already knew that Rey had all the information from the documents she needs.

Perhaps burning the texts was more about Luke than anyone. Maybe it was what Luke needed to free himself from the shame and guilt that was left over from the things he did in his past.

Maybe he needed to realize that while he was sulking on an island by himself, there were others that direly needed his help. Something seemed to click in Luke after that scene because he went on to help the Resistance when they were under attack.

Perhaps it’s not about the end or beginning of religions. Maybe the spiritual message in ‘Star Wars’ is more about paying attention to what needs to be taken care of in the present time, here and now – instead of dwelling in the past or being too preoccupied with what could happen in the future.

Since many of us have grown up with Star Wars, it’s a part of our lives. I’m sure many of us have learned valuable lessons, spiritual or otherwise from our all-time favorite movie saga. We would love to hear our readers thoughts on this topic in the comments.