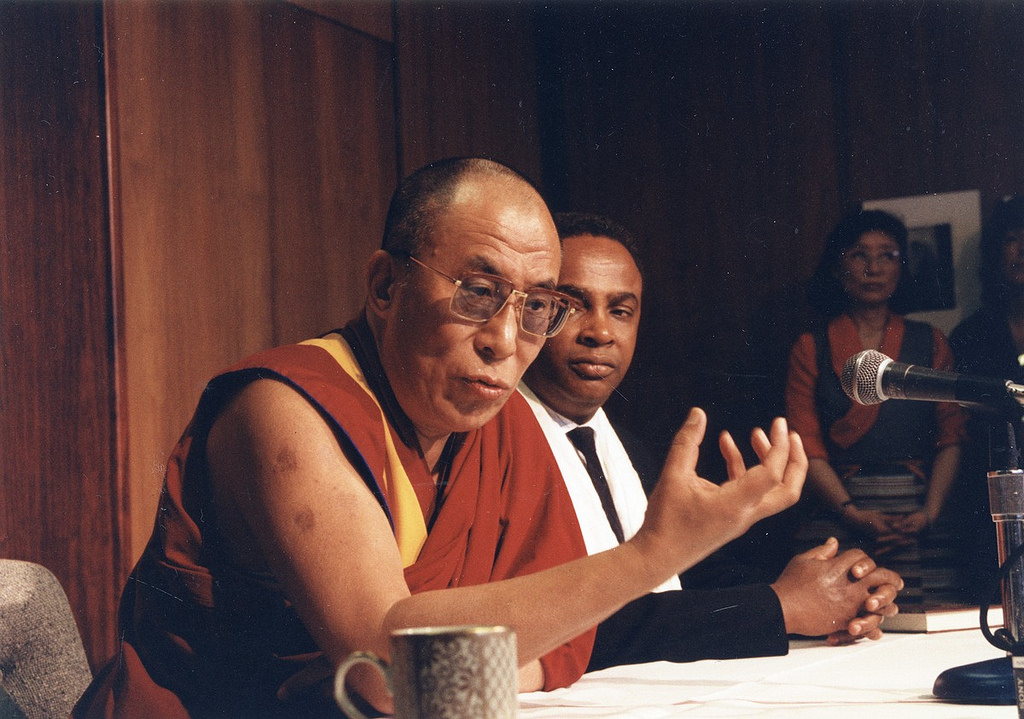 Science and spirituality always tend to contradict one another. It seems like you have to pick one side and pretend like the other side is a bunch of malarky.

But science and spirituality are now coming together through the study of consciousness and quantum physics, ending the previous sides of opposition and further expanding our viewpoints in the process.

Buddhists and other spiritual practitioners say that we are all connected to everything and quantum physics is verifying it. This helps bring people together, from across all walks of life and helps them to tap into their spirituality.

There is still a line in between science and spirituality that some refuse to cross. On one side you have religious people who deny scientific facts as if they were fictional stories and on the other hand, many scientists identify as Atheists, contradicting themselves of spirituality.

Although, this line is beginning to blur and it seems to be opening up a whole new world for both sides.

Over the years a connection between the two sides has been noted among both scientists and religious figures. This includes the Dalai Lama who has spoken several times on the subject.

Tenzin Gyatso, the 14th Dalai Lama, went to a two-day conference in New Delhi and gave a brilliant speech about this interconnectedness in November 2015. The meeting was on quantum physics and Madhyamaka philosophical view. Madhyamaka translates as “the middle way” or “one who holds to the middle.”

During the second century, Nagarjuna, an Indian Buddhist philosopher developed the Mahayana school of thought. Mahayana Buddhists teach that enlightenment can be attained in a single lifetime, and many believe that something as purely powerful as enlightenment must combine both a spiritual and a scientific understanding.

The conference covered many different topics that are associated with science, human consciousness, and Buddhism. According to the Dalai Lama, it may be essential to the future of our species to reconcile the differences between religious philosophies and science.

“I hope conferences like this can address two purposes: extending our knowledge and improving our view of reality so we can better tackle our disturbing emotions,” said the Dalai Lama. “Early in my lifetime, science was employed to further material and economic development. Later in the 20th century, scientists began to see that peace of mind is important for physical health and well-being… As a result of combining warm-heartedness with intelligence, I hope we’ll be better equipped to contribute to humanity’s well-being.”

The Dalai Lama is well respected, not only by Buddhists but also by people of many faiths across the world, for his words of wisdom. In this passage he speaks of keeping an open mind:

“Even today, at the age of 80, I still read and reflect every day on the thoughts of the masters of Nalanda University. This I find is useful for keeping an open mind. And I remain mindful of the Buddha’s advice not to accept what he said on trust or out of devotion to him, but only after examining, exploring and experimenting with it.”

The Dalai Lama shared these thoughts about his curiosity, that spiked his interest to study quantum physics:

“When I was about 19 or 20 I developed a curiosity about science that had begun with an interest in mechanical things and how they worked. In China, in 1954/5 I met Mao Zedong several times. Once he commended me for having a scientific mind, adding that religion was poison, perhaps presuming that this would appeal to someone who was ‘scientific minded.'”

After coming to India as a refugee, I had many opportunities to meet people from many different walks of life, scientists among them. 30 years ago I began a series of dialogues focusing on cosmology, neurobiology, physics, including Quantum Physics, and psychology. These discussions have been mainly of mutual benefit. Scientists have learned more about the mind and emotions, while we have gained a subtler explanation of the matter.

One of the most exciting parts of this quote is how the Dalai Lama deciphered Zedong’s words against religion as only appealing to someone who has a “scientific mind.”

This reinforces the idea that science and religion are on opposite sides from one another instead of interconnected. As if it were normal to make fun of religion if you were a scientist, and vice versa.

He went on to say:

“About 15-20 years ago at some meeting, the Indian physicist Raja Ramanna told me that he had been reading Nagarjuna and that he’d been amazed to find that much of what he had to say corresponded to what he understood of quantum physics. A year ago at Presidency College in Kolkata, the Vice-Chancellor Prof S Bhattacharya mentioned that according to quantum physics nothing exists objectively, which again struck me as corresponding to Chittamatrin and Madhyamaka views, particularly Nagarjuna’s contention that things only exist by way of designation.”

The Dalai Lama recognizes that quantum physics now verifies the ancient knowledge within Buddhist texts. Physicists are just now catching up to what was written in the Buddhist texts centuries ago, now that modern science is proving it.

Then the Dalai Lama finished his speech with:

“I hope conferences like this can address two purposes: extending our knowledge and improving our view of reality so we can better tackle our disturbing emotions. As a result of combining warm-heartedness with intelligence, I hope we’ll be better equipped to contribute to humanity’s well-being.”

Quantum physicists discovered that atoms are made up of vortices of energy that continuously vibrate and spin; each one radiates its energy signature. If we were to observe ourselves to find out what we are, we would see that we are just beings of vibration and energy which radiate our energy signatures.

If you looked at the composition of an atom with a microscope, you’d see that Atoms are not made of tangible matter, but that they are made of invisible energy. Therefore, as unbelievable as it may seem, quantum theory says that if the atom has no physical structure, then surprisingly enough, we also do not a physical structure.

We have also learned that the past can be affected by the present from quantum physics and that what we perceive as time is only an illusion. Quantum physics may have also proven that an afterlife exists. It is a fascinating subject that one could study for a lifetime and still not know everything about it.

This quote sums it up beautifully:

“Broadly speaking, although there are some differences, I think Buddhist philosophy and Quantum Mechanics can shake hands on their view of the world. We can see in these great examples the fruits of human thinking. Regardless of the admiration, we feel for these great thinkers; we should not lose sight of the fact that they were human beings just as we are.” – The Dalai Lama