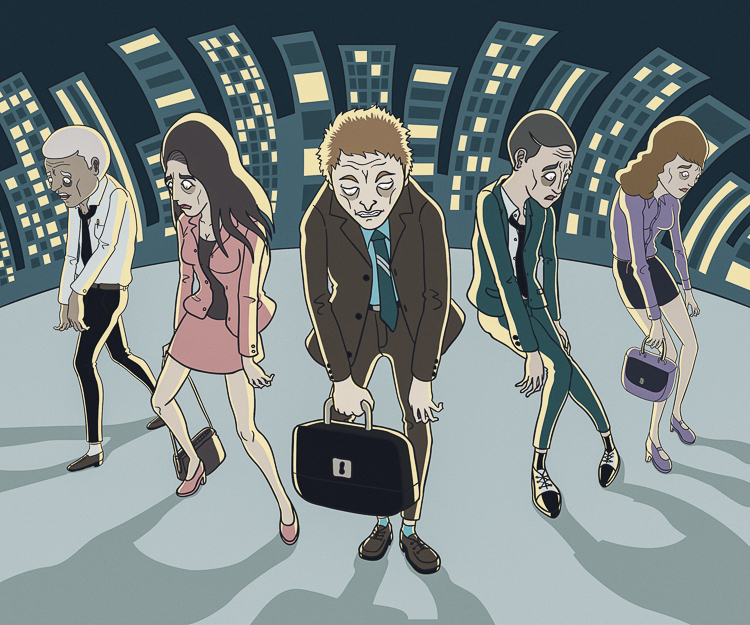 A scientist at Oxford University, Dr. Paul Kelley has recently made a discovery that probably affects most of us.

He examined the forms of modern day torture and found out that waking up and going to work before 10 am is the most common one of them all.

He says that everyone has their body clock, also known as Circadian Rhythm. This body clock is pre-programmed and cannot be changed, so if we force ourselves to wake up every day earlier than our organs and brain are ready, then we are fighting the natural clock, and that has many adverse effects on our health.

Dr. Paul Kelley believes that lack of sleep is an international problem and as mentioned before can be dangerous for our health. For example, starting work earlier than 10 o’clock can cause sleep deprivation and emotional and physical stress, which can also lead to even more dangerous health risks.

He tested his theory out in a school in Britain, where the changed the lesson start time from 8.30 to 10.00. They discovered that after a certain amount of time, the attendance level and general productivity were improved significantly. The improvement was also seen in the students’ grades.

“It is hugely damaging on the body’s systems because you are affecting physical, emotional and performance systems in the body…” – Dr. Paul Kelley

So, why do we still torture ourselves?

Well, the 8 hour working days were created at the beginning of 20th century to maximize the factory productivity. They did not consider the human body clock, which naturally wants to be coordinated with the sunlight, not with the bosses timetable. Unfortunately, we are still stuck in the old system and do not think about what our bodies naturally want.

Getting enough sleep means no more overtired, overworked or energy drinks intoxicated people. Just think about it, an average American drinks 3 cups of coffee daily, which means 40 billion dollars a year spent on coffee only in America.

When everyone would listen to their bodies and wake up naturally, their work would be much more productive and focused, and they would be happier overall.