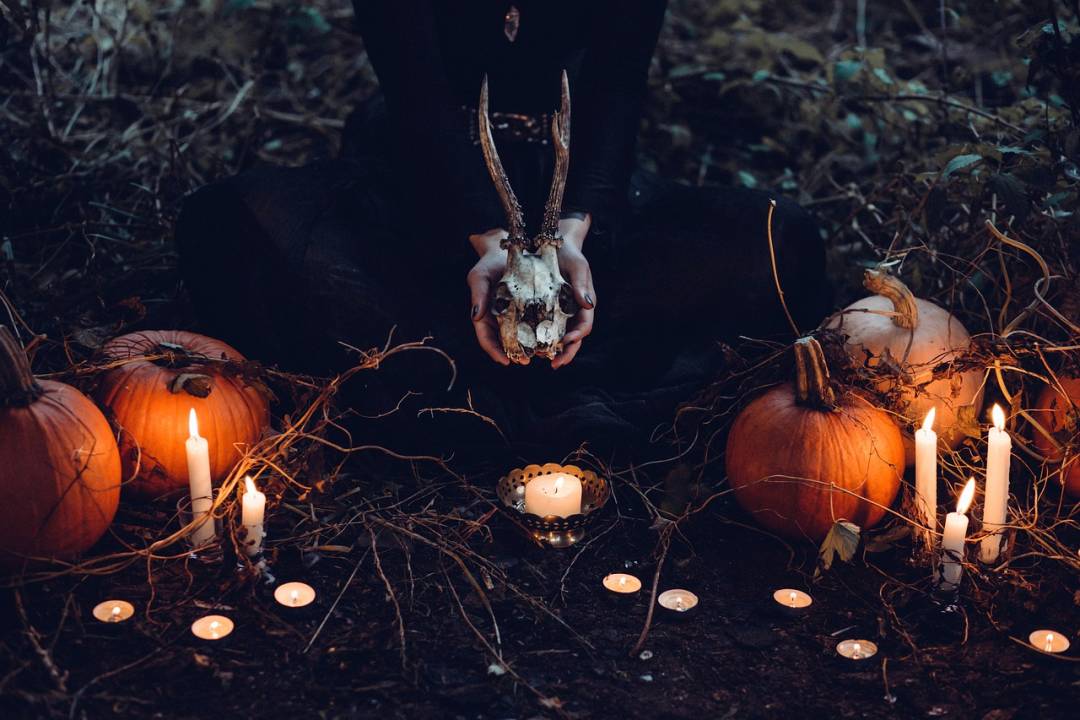 Ghosts, carved pumpkins, haunted houses and candies; what’s not to like about Halloween? Who doesn’t want to get into the spooky spirit and watch a number of Charlie Brown’s cartoons?

No one wants to miss out on dressing up as their favorite character. But have you ever thought about how it came to be this way?

Why is it fun for children and teens to run around the neighborhood with scary pranks?

How did we suddenly become so obsessed with Jack-O-Lanterns?

You really have no idea just how weird Halloween is. Here are 13 strange Halloween facts you need to know before the celebration:

The origin of Halloween dates back to the first century B.C. It came from a Celtic festival for the dead called “Samhain”. Celts believed that on this particular day, the boundaries between the living and the dead became blurry and the ghosts of the dead roamed the earth to wreak havoc on the living. In order to prevent this, they dressed in spooky costumes to ward off the evil spirits and leave treats outside their doors to appease the roaming ghosts.

In an effort to convert pagans, the traditions of the 11th century Samhain was eventually adopted by Christian missionaries and remodeled into a three-day celebration from October 31st to November 2nd. It was decided that All Saints ’ Day (Hallowmas) celebrated on November 1st and All Souls’ Day celebrated on November 2nd should assimilate pagan Holidays that fell on October 31st. The Samhain celebration thus became known as “All Hallow’s Eve”, now Halloween.

2. The Story Behind Jack-O’-Lanterns

There is a Celtic legend behind the idea of Jack O’ Lantern. According to an old Irish tale, there was a man named “Stingy Jack” who played a trick with the devil and was denied entry into both heaven and hell after his death. It was believed that Jack was sent back to roam the earth at night with just burning coal for light.

Jack placed the burning coal into a turnip-like lantern and he eventually became known as “Jack of the Lantern.” The Irish then carved scary faces from beets, turnips and potatoes to scare away Jack and other spirits of the night. Now, Jack O’ Lanterns is made out of Pumpkins.

During Samhain, Villagers used to dance around a fire in animal skins to scare away evil spirits. In the middle ages, this practice evolved into Mumming where bands of masked performers would roam the street entertaining people in exchange for treats or money.

The practice used to be exclusive to the poor who really needed the money for their livelihood. Rich kids eventually found it funny and started to participate in them. Now, Mumming is known as trick-or-treat.

During the ancient celebration of Samhain, fires used to be lit to make certain that the sun would reappear after the long hard winter. The pagan priests would then throw the bones of cattle into the fire and call it “bone-fire” which is now known as a bonfire.

In some parts of America like Framingham and Massachusetts, Halloween was originally referred to as “Cabbage Night”. This originated from a Fortune-telling game in Scotland where girls used stumps from cabbage to predict information about their future husbands. Teenagers in America eventually skipped the fortune-telling part and simply rejoiced around the neighborhood throwing cabbages at the houses.

Black cats have a permanent place in Halloween folklore. They were associated with witchcraft in medieval times. During the ancient Celtic celebration of Samhain, black cats were placed in wicker cages and thrown into a fire as part of divination proceedings.

It is not so clear whether black cats used to be sacrificed for Halloween, but in the lead up to the Halloween holiday, various shelters used to refuse to give up black cats for adoption for fear that they’ll be sacrificed or that something horrible would happen to them. This is no longer the case as many shelters are now holding a black cat promotion around the holiday. Cats protect you and your home from ghost and negative spirits.

It’s also believed that if you see a spider on Halloween, then it’s definitely the spirit of a deceased loved one watching over you.

Witches are a sight during Halloween. In the past, witches were not bad people. They were respected members of a community who practiced Wicca. The word “witch” was derived from “Wicce”, an old English word which means “Wise Woman.” By popular belief, witches held one of their two main meetings known as Sabbats on Halloween nights.

According to old folklore, it is believed that if you want to see a witch on a Halloween midnight, you only need to wear your clothes inside out and then walk backward.

The colors “black” and “orange” are prominent features of Halloween. Orange is believed to be a symbol of perseverance and strength while Black is summarily a symbol of darkness and death; a stark reminder that Halloween was once a festival that marked the blurry boundary between life and death.

Many Halloween games and traditions were influenced by the ancient Roman festival known as Pomona which celebrated the goddess of the harvest. Halloween games featuring apples and nuts date back to this time.

In ancient Scotland, it was believed that girls could see reflections of their future husbands if they hung wet sheets in front of the Halloween fire. Other girls believed that if they looked into a mirror while walking down the stairs on a Halloween midnight, they would see their boyfriends’ faces.

Teng Chieh and Yue Lan are other variations of Halloween celebrated in China and Hong Kong respectively. In China, Teng Chieh, known as the lantern festival is celebrated to honor their deceased loved ones and help guide the spirits back to their earthly homes.

Lanterns shaped like dragons and other animals are hung around houses and families leave food and water beside the images of their ancestors. Yue Lan, on the other hand, is known as the festival of the angry ghosts. Fires are lit and food and drinks are offered to appease potentially angry ghosts who might be seeking revenge.

Are you afraid of Halloween? You are not alone and there’s definitely a name for your anxiety. Doctors coined a name for the morbid fear of Halloween known as “Samhainophobia.”