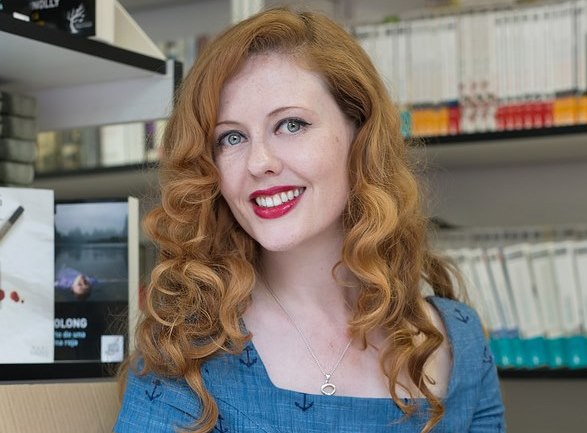 Although it may come off as a surprise to some, there is a sought-after title of “most influential sex blogger.”

In Spain, that woman is nus O’Hara. She makes her living blogging about sex and testing sex toys. While some find this shocking or even disturbing, others find it intriguing and may even be jealous of O’Hara’s ability to get paid to have orgasms.

It all started in 2009 when she quit her job selling luxury properties in Barcelona to pursue her dream of being a sex blogger. Before she left her job, she had done some fetish modeling on the side and was even directing some of her photo shoots, always focusing on body positivity. As she had gathered some images at that point, she was ready to start sharing them with the world.

Her blog started off small, and she wasn’t sure if it was going to work. What made this time even harder was that she had little support from friends and family members who didn’t believe that she could make a living from her art. However, that started to change when Spanish media outlets began interviewing her, and the blog exploded in popularity.

Shortly after that, Spanish GQ asked her to become a sex columnist, causing things to continue to grow exponentially. When 2013 rolled around, just four years since her humble beginnings, she was considered to be Spain’s most influential sex blogger. Shortly after that, she began receiving sex toys from adult novelty companies that wanted her to review them for her column.

Now, she primarily works to create reviews for sex toys. She writes reviews that go in her column, and currently also produces videos for her YouTube channel, Sex Toy Laboratory. Although this may not sound like challenging work, the orgasm-inducing testing part of her job is relatively small compared to the time she puts in both writing and producing videos.

O’Hara loves what she does, and it’s because she’s able to use her blog and videos to reach women and help them understand the true meaning of sexual liberation. Orgasms have a considerable number of benefits for women besides being able to enjoy time in bed with a partner more thoroughly. Even so, many women have never had an orgasm.

Because of her influence, many women have been inspired to buy their first sex toy and have had their first orgasm. It’s this that keeps O’Hara going with her work. She understands the positive impact that orgasms can have on a woman’s life and wants that for all women, which is why her favorite part of her job is hearing about how other women have experienced this pleasure for the first time.

Not surprisingly, O’Hara now has hundreds of sex toys that have been sent to her from various adult toy manufacturers. She keeps them organized by category in a big cupboard where she has easy access to them, especially her favorite ones which can be found in what she refers to as her “repeat” drawer that stays next to her bed.

As women continue to ask the question of “how can I have an orgasm?” women like O’Hara will continue to have fulfilling work as she strives not only to answer that question but also to give women the tools they need. O’Hara doesn’t see herself slowing down anytime soon as she continues to fulfill this legitimate need for women everywhere.