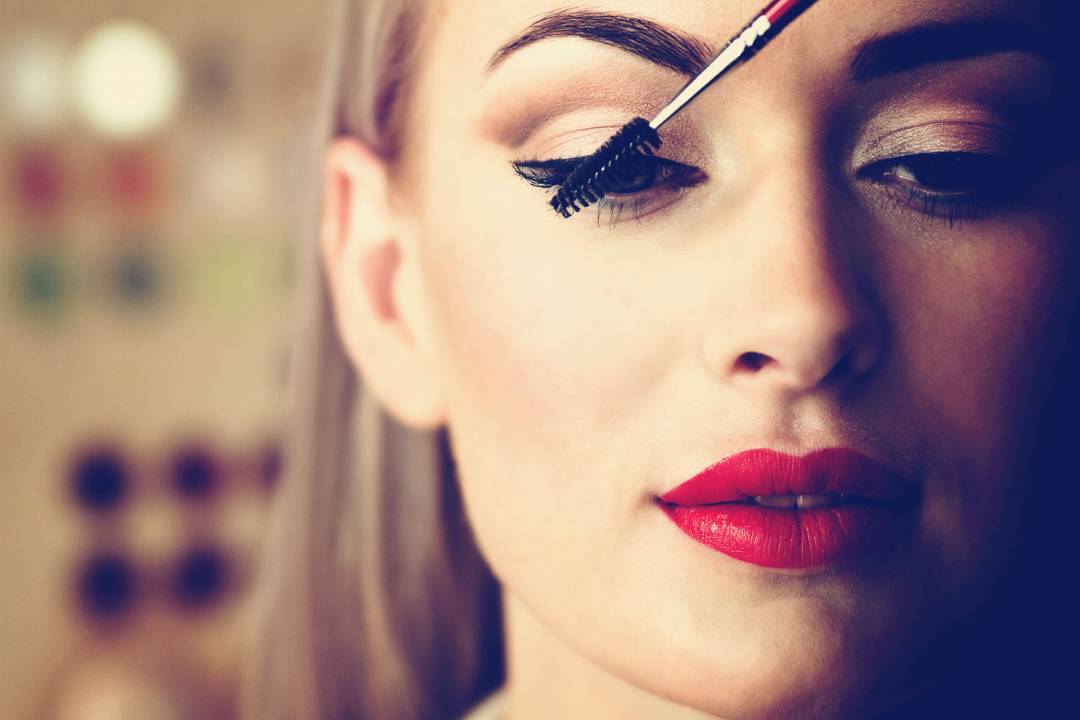 Of course, one of the primary purposes of makeup is self-improvement.

We wear make-up because it makes us feel good about ourselves. It’s almost like a war paint for women, and also for many men too, and so many people will refuse to leave the house until they’ve ‘put their face on.’ However, now there is evidence to suggest that makeup actually has one very enticing benefit; it can make us look younger.

Make-up trends change all the time, so it’s hard to say what it is about makeup that takes years off our age and makes us look younger. Does winged eyeliner hide the creases of our eyes? Do bright lipsticks distract the eye from wrinkles? According to the latest study, this is a possible theory.

763 women of a range of ethnicities took part in a study that found that humans seem to judge age from the features on our face that stand out most. For example, when eyes, eyebrows, and lips are accentuated by make-up, it made the participants seem younger. Vibrancy and color seem to make us appear more youthful. Perhaps it’s because younger people often use heavy make-up, but the most likely explanation is that it takes the focus from our skin. As we know, our skin is the most significant tell-tale sign of age, especially when it shows wrinkles, blemishes, and moles.

During the study, digital technology was used to change the faces of the women. They lessened the contrast between the eyes, eyebrows, and lips from the skin, blending them in more. After this change, the participants were judged to look older than they were, with eighty percent of people estimating their ages as above their real one.

According to one of the psychologists on the project, Richard Russell, there are several hacks to use makeup for looking younger. Darkening your eyebrows and reddening your lips can help to create the desired effect of a more youthful face. Though we don’t actively acknowledge that these factors reduce signs of age, our brains process these changes as significant when judging someone’s age.

While signs of age are nothing to be ashamed of, many women will find comfort in the fact that they can make themselves seem younger once more with a simple change in their makeup regime. Invest in a daring red lipstick, a colorful eyeshadow, and a dark eyebrow pencil – it’s pretty much the ultimate kit to rediscover your youth!

A Month Without Makeup: How I Learned To Love Myself And Accept Others