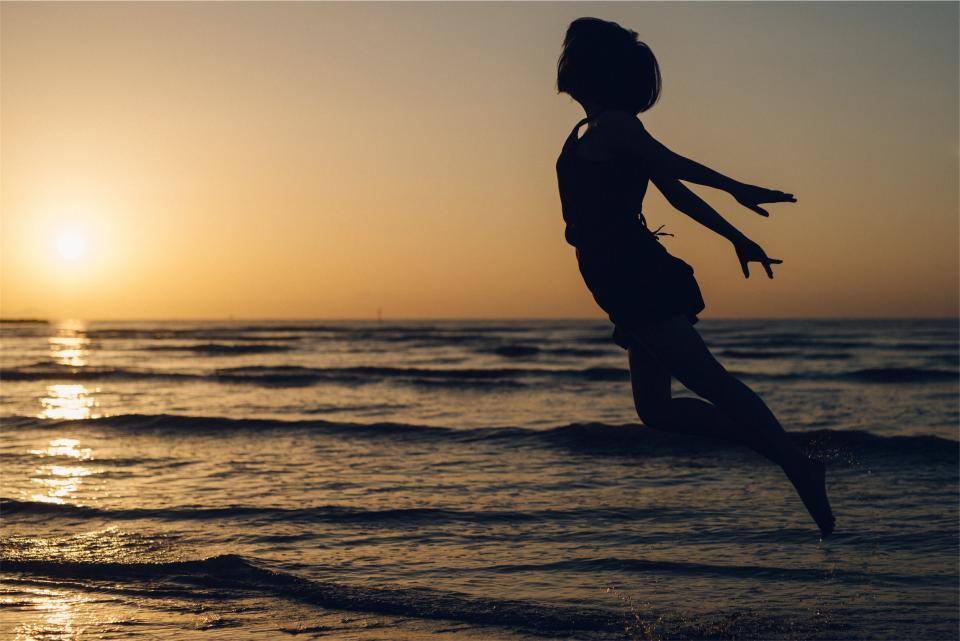 Overcoming fear of failure is crippling and paralyzing.  In that moment, it feels like your heart is beating five million times a minute.  Then, your hands begin trembling and your palms start sweating from the adrenaline pumping through your veins.  Your breath starts to catch and it becomes harder to fill your lungs.  Scenario after scenario of failure flashes through your head in an endless loop.  At this moment, your tears betray you as they bunch up at the corner of your eyes.  Then, it’s over.  Tears stream down your face and in to your lap.  Failure has won. You retreat, hide under the covers, and try to put the pieces of your confidence back together again and you find ways to overcome fear of failure.

Has this happened to you before? Well don’t worry we’ve all been there.  The fear of failure is a very common feeling. Most of the time this feeling occurs when you try something new because you’re afraid of what might happen.  It’s easy for the fear of failure to start creeping in to your head, making a permanent home in your subconscious, and taking over every glimpse of success you have.  How to Overcome the fear of failure is the moment you rise to the occasion and grow a stronger belief in your-self.  This task can seem daunting, but here are five ways to overcome  fear of failure in its tracks.

Overcome fear of failure psychology takes determination, focus, and courage.  It takes determination because you have to change your negative mind in to a positive mind.  The mind is stubborn, so you need to constantly remind yourself to think positively.  This constant reminder takes focus so the two skills go hand-in-hand.  And last of all, how to overcome the fear of failure requires courage because you need to step out of your comfort zone and take control of your life.

Getting Over The Fear of Trying Something New

1. How to Overcome a Fear of Failure: Build Self-Confidence

Self-confidence doesn’t happen overnight.  (Though it would be awesome if it did.) Building confidence in your-self takes time because you have to change the way you think.  Your mind is stubborn so it needs daily reminders about your capability to be strong and self-sufficient.

2. Solving the Equation for Success: Is another way to overcome fear of failure

When you have confidence in your ability to succeed you will accept that failure occurs and know that failure can be overcome.  In the equation for success, failure is just another variable you have to solve.

In other words, failure is not an end. It’s a means to an end.  Even Theodore Roosevelt said, “Nothing worth having was ever achieved without effort.”With that in mind, you can keep solving for X and find your success of how to overcome fear of failure in life.

3. Creating Goals is another answer to how to overcome the fear of failure

The third method involves creating goals.  To create goals, dream big.  Once you created the dream, make a plan because “a goal without a plan is only a wish.”This famous quote by Antoine de Saint-Exupéryreminds you that success isn’t handed to you.  You have to work hard to achieve your dreams. It takes intensity and focus to achieve your goals.  Goals will motivate you and train your mind to see pass the failed attempts.

5 Incredible Ways To Overcome Your Irrational Fears; Everyone Thinks of Doing No. 4 But Never Commits to It

4. Letting Go and Taking Control for overcoming fear of failure

Sometimes when you try to reach a goal, you fail and it feels like the world is going against you.  In these times, you should take a note from Elsa and “Let it Go.” Some of the things that happen to us are outside of our control.  The constant worry and stress over what might happen easily consumes you.  Rather than losing sleep over what you can’t control, focus on what you can.

The only thing you can control in life is how you react to it.  Once you accept this fact, many of your worries and fears will disappear. Part of the Letting Go method is taking control of your life.  By being aware of how you react and controlling these reactions, you will be a more positive person.  Through positive thoughts, you can strengthen your self-confidence and learn how to overcome fear of failure.

5. Overcome Fear of Failure Psychology is Only a Perspective

This last method is a combination of the previous four methods.  Once you have self-confidence and goals, you’ll not only accept that failure is a part of life but you’ll see failure as a chance to learn and grow.  Once you have reached this point, you have overcome the fear of failure.  As the famous saying goes, “the world is your oyster.”

overcoming the fear of failure is a universal thing.  People fear the future (AKA the unknown). You wish that the second you make a decision you can immediately know the outcome. For example, you are given doors A, B, C, or D.  You want to know what’s behind each door without opening them.  Unfortunately, life doesn’t work that way.  You have to open every door to know what’s behind it.

Like the example, there are two ideas that connect all five methods: confidence and action.  Confidence gives you the push that you need to get going.  And the call to action forces you to try.  The act of trying puts you outside your comfort zone and allows you to see the possibility of success.

Building confidence, solving the equation, creating goals, letting go, and seeing failure as a perspective are all ways you can overcome the fear of failure.  Getting over a fear is challenging but when you use these methods in your daily life you can become a more positive and confident person.

Positivity and confidence helps you rationalize failure rather than internalize failure.  Internalizing failure leads to inaction and possibly a cycle of self-destruction because the fear of failure paralyzes you and prevents you from moving on.  Being able to see that failure is a part of life and an opportunity to learn will allow you to move pass failure. Write down what you learned from each failed attempt and move on.  Don’t let failure stop you from trying again.  Believe that you are capable and you’re halfway there.

Whatever method you decide to try, just remember that confidence is the foundation of success.  Once you have it, you can’t fail.  Because when you have self-confidence, you will see failure as a lesson and fear as a challenge.