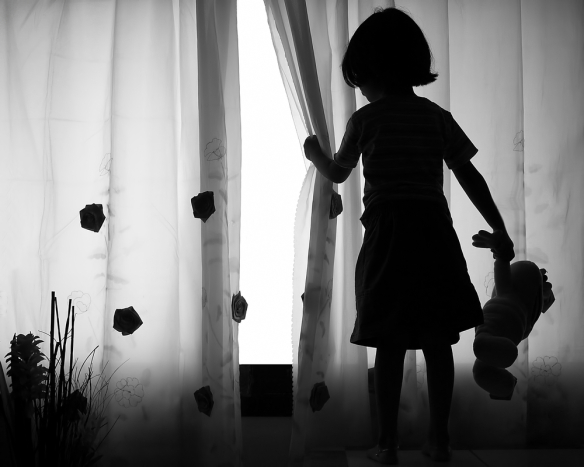 Her primary drug of choice was heroin, but she smoked marijuana often and drank alcohol on occasion.  She would sneak out of the house in the middle of the night – frequently stealing money and using one of their cars or walking to meet her friends.

Her therapist began to think of Ellie as a female James Dean – rebellious without a discernible cause.  Even her clothing and makeup scream rebel.  Though their conversations, her therapist learned at her rebellious phase began at 13.  While her siblings excelled in school, she cruised through high school and had no plans for her future.  Her peers she chose were like her and she fondly referred to them as “the aliens”.

From a psychological perspective, there was no reason Ellie – like the vast majority of teens that become addicted to drugs today – should have had an affinity to any drug.  Ellie came from a loving and nurturing home and was afforded every opportunity her siblings were, but she became addicted to drugs nonetheless.

Over the course of the next eight months, Ellie met with her psychologist on and eventually stopped showing up to session’s altogether.  During her time with her psychologist, she was recommended to find new friends and decline offers to get high with a response that she wasn’t able to do that because she didn’t want to say no to her friends or the drugs.

Six months after ending her sessions with her psychologist, the psychologist received a phone call from Ellie’s parents letting him know that Ellie had died from an overdose.

Upon meeting with her parents, Ellie’s psychologist quickly realized that her parents were under the impression that Ellie had still been getting help when, in fact, she had been skipping her appointments and continuing down and awful path.

So is Ellie’s addiction the standard for how addict’s lives end? Not at all.  However, clinicians must recognize that there are factors both “biological” and “environmental” that play into addiction.  The environment is a complex psychosocial occurrence in humans that specifically relates to identity.  Once an identity has been set in a person, like “druggie”, “loser”, or “outcast”, it is hard to change the self-view from that of the identity, especially amongst teenagers.  The best way to fight these stigmatisms is through programs specifically designed to intervene in the drug addiction as early on in the addiction as possible.  However, social influences have a large influence on the teenager which can hinder the healing process.

The Limitations of the Behavioral Paradigm Relating to Addiction

Throughout the last hundred years, rats have been key helpers in the world of research.  One of the most noted studies relating to addiction is known as “the rat box”.  This experiment shows that rats housed in a “reasonable social environment” showed less desire to the drugs than rates that were isolated and offered the drug.  Dr. Bruce Alexander concluded through his experiment that addiction is not a “brain” disease but more of a social disease.

However, there are limitations to this belief that access to a stable social environment can prevent drug abuse.  There are other aspects outside of the social construct that can have effect on a person leading them to choose drugs.  To put it plainly, our environment does play a role in addiction, but humans have an environment that is a complex bio-psycho-social one.  And because of this, there is a need to treat addiction as something greater than a “brain disorder”.

Addiction in a Holistic View

Instead of treating addiction as a “social” or “brain” disorder, one could look at it from the bio-psycho-social aspect and one that is very complex.  This complexity might not fit the simple solution many look for when a loved on faces addiction, but it more accurately reflects humans.  Addiction at its core may not be a brain disease, but there are factors in the brain that could make one more susceptible to drugs are alcohol abuse.

While some face a propensity to become addicted due to factors in their brain, others may face a more complex psychosocial environment that has roots in a dysfunctional adolescent identity.  The addiction could come from unresolved guilt or shame, anger or sadness.  It could stem from loneliness or isolation.  Or it could be a result of extreme stress or grief.

So how do you treat addiction with a holistic view? You treat it through addressing all the areas of addiction beyond more than the psychical and digging down into the psychological.  The best way to tackle addiction is by joining a support group geared specifically to that type of addiction allowing the addict opportunities to connect with others while giving them the opportunity to get the real help needed to attack the addiction.

If you or a loved one is struggling with an addiction, please seek help online or through a local organization.