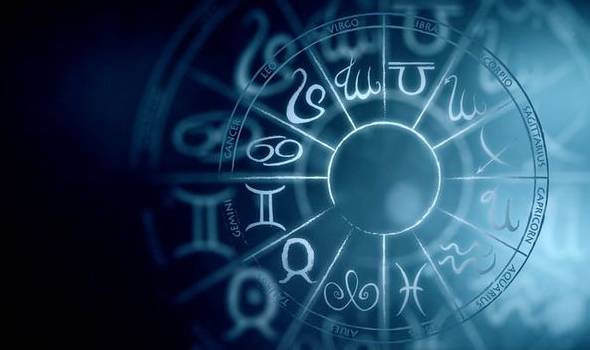 Every zodiac sign shares certain behaviors and learning which gives us clues about them. We use the term emotionally unavailable around pretty casually but mentioning someone seemingly loveless or allergic to feelings is only scraping the surface of what it the term really means.

What makes these zodiac signs emotionally unavailable? Let check one by one.

It may feel like Aries are emotionally available because they’re so willing to start a new relationship as soon as they feel attracted to someone, but it’s not always true. In fact, jumping from one relationship to another can be a sheer sign of emotional unavailability.

Rather than being able to stick with one person through thick or thin, good or bad, Aries have a tendency to leave when it gets rough. If one never experiences the things that make a relationship real, can they really be completely emotionally available?

Control can be such a dirty word, but it can also be exactly why they’re emotionally unavailable at times. They certainly don’t mind taking things slow, especially if they’ve found someone worth waiting for. That said, they believe that things need to move at a certain pace to workout.

What makes Taurus’ emotionally unavailable is their need for control. They like things to follow a specific routine, even if that means pushing their partner to do things the way they want.

People can’t be controlled the way you want them to, which can make it hard to compromise and find common ground when you’re with a Tauras.

When it comes to relationships, Gemini’s can be like a cat with thread, all about the chase, but once they catch someone’s attention, they prefer to let them go rather than dating them. They’re good at short-term intimacy, flirting, and flattery, but serious relationships can freak them out.

Perhaps it’s the vulnerability that makes it hard for them to really get comfortable with being emotionally available. Is that true, Gemini?

6 Zodiacs Which Make the Best Entrepreneurs

They may believe in their heart of hearts that playing it safe in love is smart, but it can actually be the reason they’re emotionally unavailable at times. Cancers should think of love like a learning process that requires a lot of trial, practice and error instead of something they’re supposed to be a pro at right away.

What makes them emotionally unavailable is the fact that they fear heartbreak. Love requires risk, everyone should know that, but there are certainly times when playing it slow is better than giving yourself even the slightest chance to get hurt.

It’s no secret that they give as good as they get when in a relationship, Leo. As long as their boo treats them well, they are more than happy to treat them well right back. One thing they can’t stand is being ignored.

Although everyone can see where they’re coming from when Leos say that they need to be loved and shown attention, it can be a tactic to keep your partner at bay.

If you keep telling the person you’re dating that they’re not enough to make you feel loved and special, its more about pushing the right people away than being with the wrong one.

Virgo love falling for the wounded birds on their journey to finding the perfect person to spend their life with. They can’t help it! There’s just something about being a savior that really tugs at their heartstrings. While this is all comes from a good place, it’s also makes them emotionally unavailable.

When you spend all your time looking after someone who may be going through rough time, you’re putting all of your love and attention into someone else. This is just so you don’t come face to face with what THEY want in a relationship.

It may take Libras a little while to fully open up and commit to someone, but love truly is their reason for living. They will do whatever they can to keep the romance and affection alive in a relationship, even if that involves sweeping serious issues under the rug.

What can make them emotionally unavailable is putting up a front that hides what’s really going on in their relationship. Sure, everything looks great on Instagram, but it doesn’t change the fact that you’re not good at being honest about your needs or might be brushing off a serious argument with your s/o.

Trust is one of the biggest factors in their relationship. Scorpios need to be with someone who makes it easier for them to be vulnerable and open so that the pressure of searching for that trust is off them.

Scorpios also have a tendency to easily feel hurt or betrayed when their S/O doesn’t agree with them or hides something. When they feel hurt, it’s easy for Scorpios to push people away without wanting to hear their side.

There’s nothing wrong with having a life beyond your relationship, but Sags should remember that they actually have a relationship, too. What makes them seem emotionally unavailable is how they’re always sharing their disclosure statement with every new person they meet.

Whenever they date someone new, they tell it upfront that they’re not ready for something serious, or that they want to keep their options open. Sags might think this makes them seem honest and open, but all it does is tell the other person that they have no intention of making it last at all.

Without any doubts, caps are clearly determined and motivated in life. When someone means a lot to them, they will do everything in their power to keep that person close to them.

They’re also known as a workaholics, so even if someone does mean the world to them, they still come in next to a cap’s career.

Their career is what can make Capricorns seem the emotionally unavailable in relationships. They can sometimes act like they’re “married” to their jobs, which can make their s/o feel not so significant.

In almost everything they do in life, Aquarius’ ability to be level headed and logical helps them get very far. They know how to speak their mind and get their way just by being honest and not giving up on what they want.

Although it’s admirable but being logical and using head instead of heart isn’t always helpful in relationships.

What makes Aquarius emotionally unavailable is the fact that they almost never seem very emotionally connected to their s/o. They handle every argument with logic, and believe that nothing is ever a big deal that requires any feeling.

The main reason Pisces seem emotionally unavailable, is because they tend to play the warm and cold act with the people they’re dating.

It’s not always easy for Pisces to find the emotional middle ground, and their commitment issues can end up sabotaging their relationships.