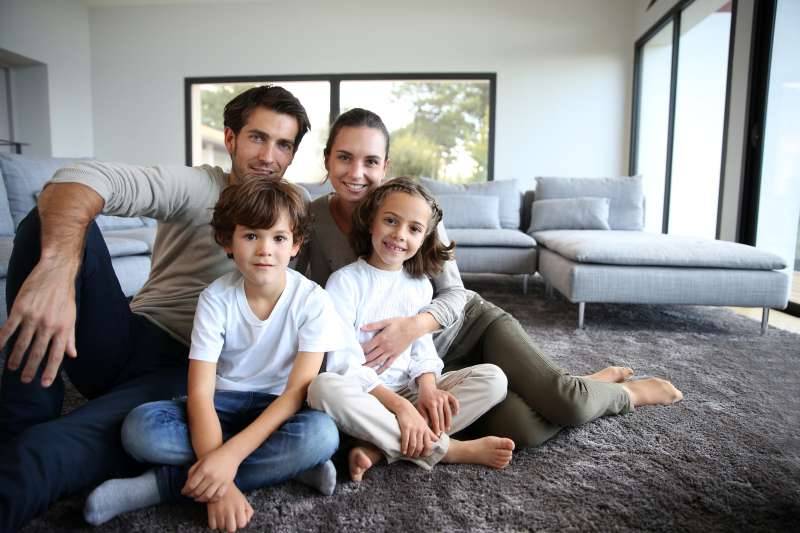 While there is no specific formula to weigh parental success, there is nothing more overwhelming than watching your own flesh and blood develop and mature into valuable members of the society. There is a number of different ways to do this. Some prefer leniency while some are strict. So what rank does your zodiac stand on when it comes to parenting? Let’s find out;

Cancers make the most understanding parents. While their personality’s sensitivity holds them back in other areas of life, it works as an asset here which makes them incredible parents. They intuitively know their child’s needs and so they provide them with never-ending love and support. They place family first, before everything else and tend to give all of themselves in development of their children’s interests, especially creativity.

Being fun loving parents, a Gemini’s adaptability and their heightened skills of communication makes them fantastic parents. Since they are known for their childlike nature, they share the same curiosity for the world as their children and they don’t think twice before sacrificing their time for their children’s interests. A Gemini’s eagerness to teach everything they know to their kids means that they raise well-rounded, happy and educated children.

Taurus’ are known for being mature, hence their personality makes for a great parent. Also famous for being reliable, wise and trustworthy, any child would be lucky enough to have a Taurus as a parent and will almost never feel let down by them. Taurus also love spending time with the family. It is expected of them to always set aside some time even if they’re overloaded with plans or at work. Let’s not forget their never ending patience, which is the ultimate key to raising content children.

Pisces make one of the most extremely loving parents. Being a water sign like Cancer, a parent with Pisces personality aims to promote their children’s expressive and creative side. This zodiac is renowned for its empathy, kindness and sensitivity and so they urge their children to develop these qualities within themselves as well, to be well-liked by others. Their leniency in most aspects of life fills their children with the memory of a tranquil and a nurturing childhood.

They are the king of the jungle, it is only right that their kids take the throne, right? Libras being the proudest zodiac sign, look to compliment and celebrate their children’s achievements, which builds up into confidence and assertiveness in their children. For a Leo, their kids are the greatest gift and they do all they can to give them the world. However, where injecting confidence and displaying limitless love is the sign of good parenting, they should sometimes keep from overlooking both their kids shortcomings and needs.

With their natural inclining towards balance, Libras try to raise their children holistically, making sure to deliver strong morals within them. Like Pisces, they are quite lenient parent who sometimes gives in a bit too easily to their child’s wants, as they dread confrontation. The value of beauty opens up the artistic world to a Libra from a young age but can also put them under unnecessary pressure, specifically in social situations.

Capricorns make the most adoring parents who put their heart and soul into parenting. Being practical, patient and attentive, a Capricorn parent sits down and helps their children with homework, as they place a lot of value on education. They give their child the best possible chance of finding success in life, but they forget that the children are still kids and need to have fun, to avoid negative memories of childhood later in life.

Aries are fiery parents, who belong to the group of fire signs. They make passionate parents who push their children to explore their interests, until they find the best one to suit with. Ambitious and determined, an Aries passes on these qualities onto their children, for success. However, their strong-will can take form of stubbornness which could negatively impact their relationship.

Sagittarius parents aim to raise their children in an environment which promotes physical and mental freedom. Due to their love for traveling and exploration, their children gain appreciation of other cultures and philosophies, which helps them to quickly mature into well-educated, accepting individuals, usually with a good sense of humor. Beware of too much movement though, as constant movement is both mentally and physically exhausting for children.

Also read: YOUR ZODIAC SIGN – MOST SHY OR VERY SOCIAL?

Practical parents. A Virgo has all the qualities to be the perfect parent. Their possess intelligence, reliability and practicality which is exactly what a child needs to go far in life. Though they may seem detached to others, but when it comes to family Virgos face no difficulty in showing affection. However still, the harsh criticism for themselves and their children tends to lower the esteem of both parties, the parents and the kids, which can lead to potential long-term confidence issues.

Its ruling planet as Mars, the Scorpio personality is highly expressive, strict and decisive which doesn’t change as a parent. Scorpio parents prefer showing a bit of tough love to prepare their kids for the real world and to stand up for themselves when necessary. In the long term, this approach does have its perks and benefits, but kids need to make mistakes like others without facing too much repercussions. Sometimes it’s better  to let your child learn from their errors and mistakes.

Aquarius make the most relaxed parents ever. Along with their need for independence and alternate perspective on life, it can sometimes be difficult for an Aquarius to connect with their children like other Zodiacs can. The epitome of an Aquarius’ parenthood often comes when their child reaches adolescence, where, they connect with their lil’ ones more so as friends than parents. Although this a healthy dynamic in later years, this can often keep them from attending to their children’s emotional needs.

5 Zodiac Signs That Are Mostly to Become Wealthy in Life