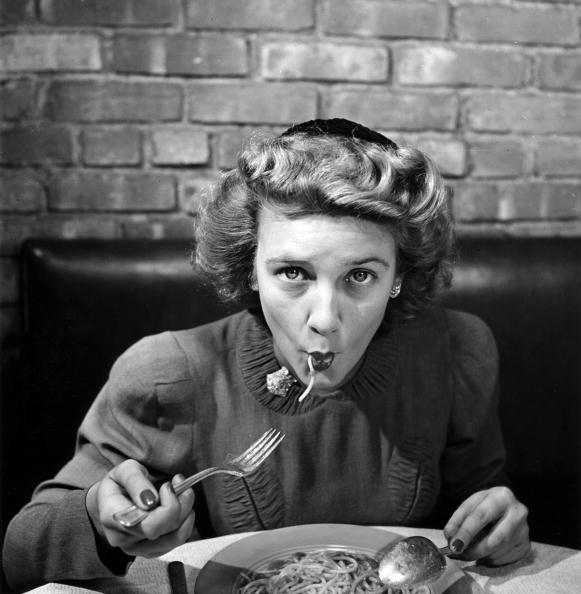 “Everything you see, I owe to spaghetti.”

That quote comes from Sophia Loren, who is considered to be one of the most beautiful women in cinema history. And, believe it or not, a new study done by Italian researchers backs up her claims that pasta can help women stay thin.

The secret to losing weight by eating pasta is that it’s used as part of a Mediterranean diet which also includes plenty of fruits and vegetables, nuts, and olive oil and limited amounts of meats and sweets. According to the study, this food provides people with some health benefits one of which is “primary and secondary prevention of chronic diseases.”

It should be no surprise that this study was done in Italy, which has been promoting this traditional Mediterranean diet to its people compared to the one that many have been picking up from the United States which involves limiting carbohydrates and fat while focusing more on protein yet adding sugars to nearly everything.

Researchers studied over 23,000 participants, over 9,000 in a control group and over 14,000 that were asked to follow a strict Mediterranean diet during the three years of the study. All participants were carefully measured for height, weight, and hip and waist circumferences both before and after the study. The majority were between the ages of 35 and 79, though there was some outside of this range.

At the end of the study, it was found that those that ate pasta had a lower BMI (Body Mass Index) compared to those who ate less pasta. They also had lost weight as well as inches off of their waists and hips. This was primarily true of the women in the study, as the men who ate pasta showed little to no change in their weight or size.

On the other hand, where pasta likely gets its bad reputation is that those who ate more than the recommended amount of pasta per meal experienced weight gain. This is contributed to a more significant portion of their caloric intake coming from pasta compared to the other elements of the Mediterranean diet.

The conclusion was that pasta needs to be a part of a healthy Mediterranean diet. When the right amount of pasta is eaten while other aspects of this diet are followed, then it facilitates weight loss. As with nearly anything, moderation is essential when it comes to pasta because too little or too much can lead to weight gain.

Although those with Celiac’s Disease should undoubtedly avoid gluten because they are legitimately allergic to it, those who don’t have this and even those who merely have gluten sensitivity should eat foods that contain gluten. Contrary to what many people have come to believe, gluten is beneficial for most people, as long as it’s consumed in the right amount.

For women that are looking for a delicious and easy way to lose weight, then turning to pasta and a Mediterranean diet may be the key. One of the most significant benefits of this diet is that it’s filling and there are some options as far as meals go, so it doesn’t get boring.